Challenge Tour player DQ after running out of balls

It’s every golfer’s worst nightmare – running out of balls.

And for it to happen during a play-for-pay tournament, well, European Challenge Tour golfer Clement Berardo was probably as surprised as anyone when he could no longer continue in the recent Andalucia-Costa del Sol Match Play 9 tournament in Spain. 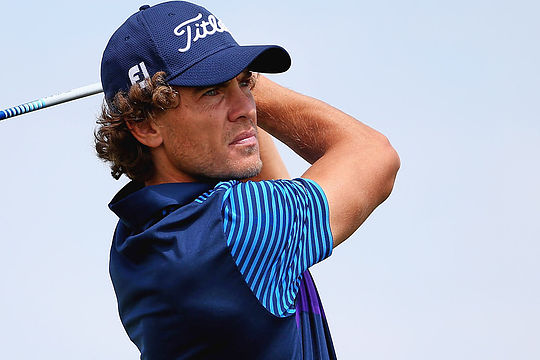 Berardo had reached the 16th hole before the embarrassing ‘gaff’ which saw him forced to disqualify himself from the event.

Obviously he wasn’t having the best of days to start with at the Valle Romany course at Estepona, near Malaga.

But when he lost a ball on the 16th hole, it proved the end of the line for the Frenchman.

The hapless 32-year-old was actually 10-over par when he was left with no alternative but to disqualify himself.

Earlier Berardo had set the ball rolling, so to speak, towards his sudden departure when he began with a quadruple-bogey nine on the first hole.

He then bogeyed the sixth and eighth holes to reach the turn in six-over-par, after shooting 41 on the front nine.

Then his day really began to plummet out of control.

Berardo double-bogeyed the 10th hole and then dropped more shots on the 14th and 15th.

On the par-5 16th, Berardo apparently lost the final ball in his bag and embarrassingly was then forced to head back to the clubhouse.

Ranked 1,909th in the world, Berardo had missed his last four cuts on the European Tour’s developmental circuit.

Still the sight of him trudging off to the clubhouse brought back memories of John Daly running out of balls on the 11th hole at The Lakes in Sydney while playing alongside Craig Parry.

Daly hit a couple of balls in the water in the long par five and then waved goodbye to Parry, heading off and disqualifying himself after apparently running out of balls.