Champions Tour bounces back with 2021 schedule

The PGA Tour Champions has outlined a 25-event schedule for 2021, which is a 10 tournament increase over the COVID-decimated 2020 season, culminating with the Charles Schwab Cup Playoffs in November.

The Tour will contest tournaments across 19 US states, Canada and England with prize money totalling more than $55 million. 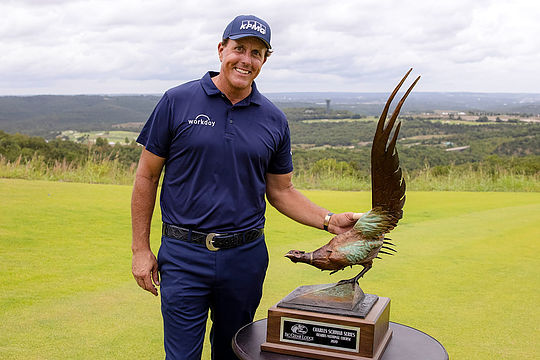 Added to the schedule will be new tournaments in St. Louis (which was cancelled this year) and a tournament at Timuquana in Jacksonville, Florida, that will be hosted by Jim Furyk, who made his Champions Tour this year.

Missing from next year’s schedule are overseas tournaments in Morocco and Japan (the latter was cancelled this year), along with the tournament in Mississippi.

They will follow a rookie class that tallied eight victories in 2020, including two each by Phil Mickelson, Ernie Els and Jim Furyk.

The 2020-21 season will conclude with the Charles Schwab Cup Playoffs, where 72 players will qualify for the three-tournament series.

The Playoffs will begin with the Dominion Energy Charity Classic (October 18-24) at The Country Club of Virginia in Richmond, and concludes with the Charles Schwab Cup Championship (November 8-14) at Phoenix Country Club.

The Charles Schwab Cup is presented to the winner of the PGA Tour Champions season-long, points-based competition. Bernhard Langer is a five-time winner of the Cup, while Jay Haas, Hale Irwin, Tom Lehman, Loren Roberts and Tom Watson have each won twice.