Champions Tour in Japan for the first time in 2017

Japan is a golf-mad nation and they’ll be over the moon with news the US Seniors ‘Champions’ Tour is heading there next year for the first time in history.

The Narita Golf Club in Chiba, Japan has been announced as the host of the $2.5m Japan Airlines Championship in September next year. 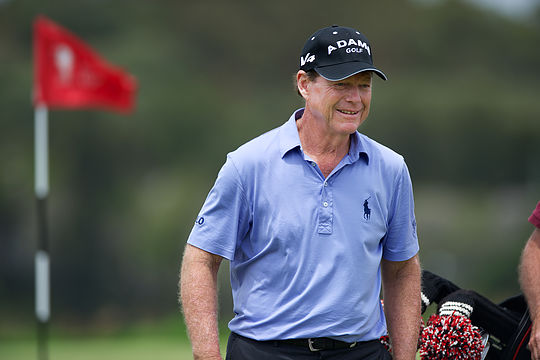 A host of Japanese veterans like Massey Kuramoto, Toru Suzuki, Tsukasa Watanabe and many more will be honing their games in an effort to be part of the 68-man field that will be part of the first PGA Tour-sanctioned event to be played there.

Eight-time major champion Tom Watson was among the dignitaries on hand to announce the dates for the PGA Champions Tour’s newest event.

“I am thrilled to be a part of this exciting announcement as we bring PGA Tour Champions golf to Japan,” said Watson.

“It is important that we continue to develop the next generation of golfers – both in the US and abroad – and I know first-hand that the passion and love for the game the Japanese fans inherently enjoy will help to make this a marquee stop on our schedule.”

Watson, who boasts 39 victories during his PGA Tour career, won the Dunlop Phoenix in Japan in 1980 and 1997, claiming the latter title at the age of 48.

The Japan Airlines Championship will be played from September 7-10, 2017.