The PGA Championship was supposed to take place in May but the COVID-19 pandemic threw those plans into disarray and here we are in August with golf’s first major of 2020 about to get underway.

Not that everything is back to normal, far from it. There will be no spectators allowed on site at San Francisco’s TPC Harding Park, but fans are hoping there will still be plenty of drama. 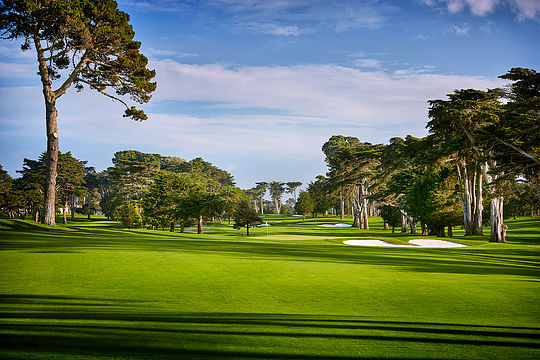 Tiger Woods makes a rare 2020 appearance. Last week’s runner-up Brooks Koepka comes looking for a three-peat at the championship and Jordan Spieth searches for the last piece of the career grand slam.

If Koepka wins he will become only the second player to win three consecutive titles after Walter Hagen, and the first in the stroke play era.

Justin Thomas returns as the new world number 1 after winning his 13th PGA Tour event on Sunday at the WGC FedEx St.Jude Invitational. Thomas won the PGA Championship back in 2017 and it remains his only major win to date.

This will be the first time Harding Park has held a major championship since hosting its first professional event in 1944.

It has previously been home to the 2015 WGC-Match Play Championship, won by Rory McIlroy, the 2009 Presidents Cup won by the United States, and the 2005 WGC-American Express Championship, which was won by Tiger Woods.

Before the COVID-19 pandemic it was planned to host up to 40,000 spectators per day at Harding Park.

The field for now has 92 of the top-100 in the world, with only Lee Westwood, Eddie Pepperell, Charles Howell III, Thomas Pieters and Shugo Imahira and Branden Grace missing. Adam Scott and Marc Leishman will lead the Aussie charge along with Jason Day, Cameron Smith, Lucas Herbert and Matt Jones.

Day conquered the world in 2015, shooting to the top of the world rankings and winning the 2015 PGA Championship, Australia’s last major triumph, before back injuries curtailed his reign.

Keep an eye out also for Leishman who thrives in majors having narrowly missed The Open Championship title in 2015, yet having won an impressive four PGA Tour events since 2017.

Scott was also in fine form prior to the lockdown. He has remained inside the world’s top-10 from an impressive 2019 season where he recorded nine top-10 finishes including at the PGA Championship, US Open and Tour Championship. He then broke a near four-year win drought on the PGA Tour by winning the Genesis Invitational in February this year.

The PGA Championship is one of just three major championships left on the 2020 schedule due to the coronavirus pandemic. In April, The Open Championship decided to cancel, while the PGA was rescheduled for this week, with the US Open slated for Sept. 17-20 and the Masters planned for Nov. 12-15.