Changing of the guard at Master Of The Amateurs

The year 2018 marked a turning point for the Australian Master of the Amateurs in a number of ways.

Firstly, it was the first time a Women’s championship was staged and it attracted the world’s best amateurs seeing Japan’s Yuka Yasuda taking the title in convincing fashion and in the process setting a new course record with a 65 on The East course at The Royal Melbourne Golf Club. 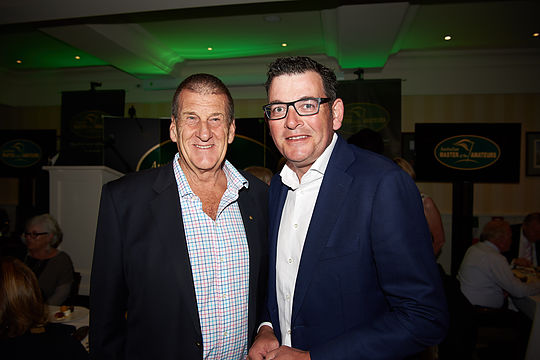 Secondly, we saw a changing of the guard with Jeff Kennett, AC, handing over the role of ‘Offical Honorary Chairman’ to Daniel Andrews, MP, Premier of Victoria.

“Jeff’s services over his eight years at Honorary Chairman were invaluable and we are indebted to him for his wisdom and foresight in working with us to make this tournament to where it is today,” said Peter Mann, Tournament Founder and Tournament Director.

“We now have a changing of the guard and with the Premier of Victoria, Daniel Andrews, taking over the reigns we are so privileged to have such remarkable talent working with us. Daniel is passionate about his golf and loves the event. We are certainly honoured to have him with us.”

Both Peter and his wife Angela held a vision over two decades ago to ‘live the dream’ and the pair certainly have produced a tournament worthy of its current standing on the world international amateur stage.

“Our vision of the Australian Master of the Amateurs is to continue to grow in status by the rankings of the R&A World Amateur Golf Ranking each year,” says Peter Mann.

Both tournaments are now the highest ranked amateur tournaments in the country, bypassing the status of our own national amateur championship, the Australian Amateur.

“Obviously we are very pleased to have the new rankings,” said Mann.

“It’s a powerful mix of the right ingredients that attracts a family of great corporate sponsors, some of whom have been with us from the beginning. Without that we would not be the tournament we are today.”