Wu carded a final-round 65 to reach 16-under-par for a comfortable victory. The win is Wu’s fourth on the European Tour and sixth professional win having won twice on the Japan Golf Tour. 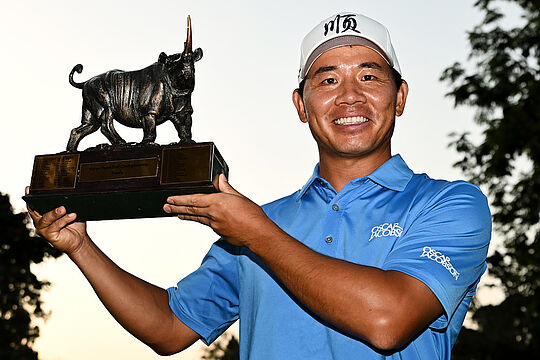 “After two rounds I told myself if I can make five under every day on the weekend and finish 15 under, I think I’ll have a chance to win the tournament. My putting was good to make birdies on the 17th and 18th, I’m happy.”

Wu became the third Chinese winner in European Tour history when he won the 2015 Volvo China Open. Since then he’s added wins in Austria at the KLM Open, the Netherlands at the Lyoness, and after Sunday in Kenya. He sits two victories clear of countryman Haotong Li.

Blake Windred was the only Aussie in the field and finished in a share of 65th position after posting a final day score of 74.

The European Tour, now called the ‘DP World Tour’ moves for the next two weeks to South Africa with the MyGolfLife Open starting Thursday at Pecanwood Golf Club and then the Steyn City Championship in Johannesburg the following week.