Choi began the final round at 6-under par in a tie for the lead with first round leader, Japan’s Ayaka Sugiyama, and was rock solid all day in the humid conditions, the 21-year-old making four birdies and a lone bogey at the par 3 15th hole to card a final round 70 and a 3-round total of 210, 9-under par. 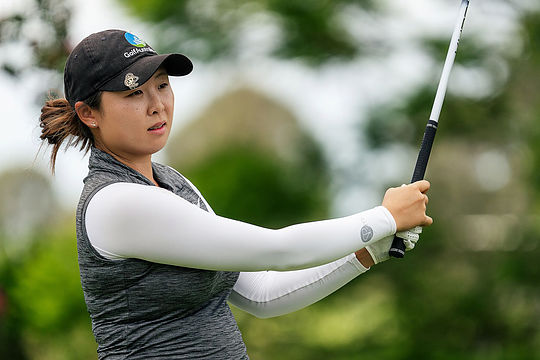 The other players who qualified for the ISPS Handa Vic Open were Korean Hana Lee, Philippino Dottie Ardina, Pei-Yun Chien from Taiwan, Min-A Yoon from Korea, Ayaka Sugihara from Japan and South Australian Soo-Jin Lee, who defeated West Australian Hira Naveed in a sudden death playoff for the 7th and final spot in the field.

The qualifiers for the ISPS Handa Women’s Australian Open were Choi, Lee and Chien, who defeated Ardina in another sudden death playoff for the third and final spot in the field.