It’s Fowler’s sixth win on the European over-50s circuit, and he started the final round in a four-way share of the lead on 9-under par and carded his second consecutive round of 69 to finish at 12-under, two strokes clear of Clark Dennis and Gary Orr. 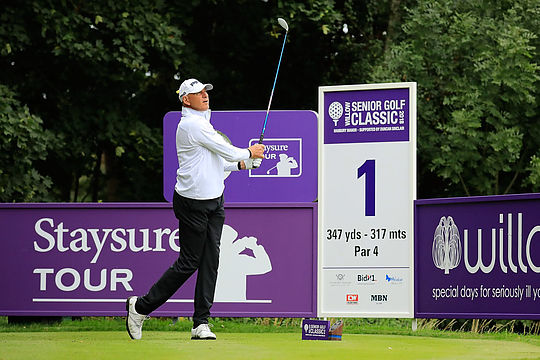 Fowler, one of the most consistent players on the Staysure Tour, has recorded tied second, third, sixth, eighth and tenth finishes so far this year. He has also finished inside the top-10, twenty-one times in 44 starts since his last victory.

“I pride myself in staying in good shape and being reasonably consistent,” said Fowler, 59.

“We all have bad days, but I try and keep those to a minimum. That’s what I try to do all year round. If you keep knocking on the door and putting yourself in some sort of position it might jump you up, it makes me feel really good about what I’m working on.”

Fowler was born in Hornsby, New South Wales. He turned professional in 1977 and won the Australian Open in 1983.

His only European Tour win came at the 1993 BMW International Open in Germany where he defeated Ian Woosnam by three strokes.

Yet it is the European Senior Tour where he has tasted considerable success winning twice in 2011 at the ISPS Handa Senior Masters and Bad Ragaz PGA Seniors Open with another win in 2013 at the French Riviera Masters followed by two victories in 2015 at the Acorn Jersey Open and SPS Handa PGA Seniors Championship.