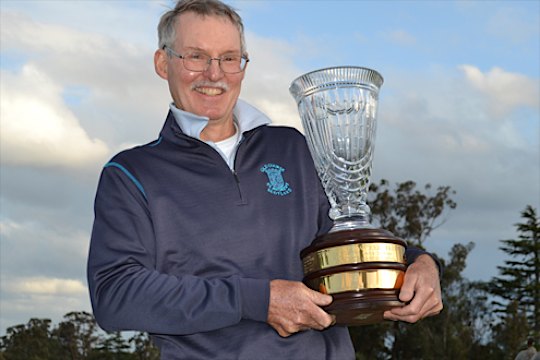 Christie said he was thrilled and surprised by the result.

“I’ve always wanted to play in the Senior Amateur and I thought this year I’d do it. Yarra Yarra is a wonderful golf course and I decided I’d come down,” Christie said.

“I honestly had no expectations at all so it’s fantastic to win,” he added.

The championship was shortened to 36 holes after gale force winds forced the cancellation of play on Wednesday.

American Kemp Richardson was the leading international player in a tie for 10th place.