20-year old South Korean In Gee Chun has stunned the world of golf and a class field to claim the U.S. Women’s Open title, firing four birdies in the last seven holes for an unlikely one-stroke victory.

In her maiden Open appearance, Chun shot a 4-under 66 in the final round and finished at 8-under at the difficult Lancaster Country Club. 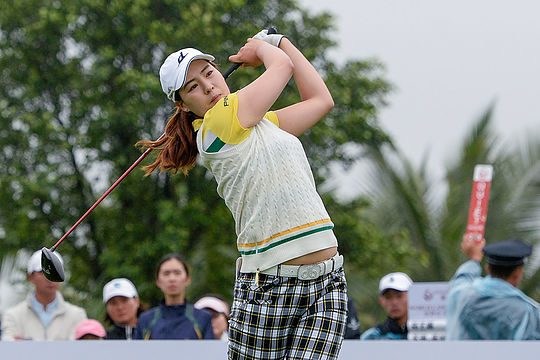 Despite bogeying the final hole, she ultimately finished a stroke clear of fellow Korean Amy Yang and became the first player to win on debut since Birdie Kim in 2005.

The championship was heavily supported by local communities with attendances topping 134,000 for the week to set new Women’s Open records. The healthy crowd support seemed to inspire Chun who was determined to enjoy the week, rather than be daunted by the prospect.

“Everything I faced and I did here was completely new,” Chun said. “I enjoyed it and had a lot of fun. Even though I’m Korean, here American fans supported me a lot and they gave a lot of claps. That has put me in the great rhythm of play, and I enjoyed that tournament rhythm.”

“Without thinking any negatively, all I could do was just enjoy the game,” she said. “That’s what has brought me to the U.S. Open win, I believe.”

Chun may be a largely unknown quantity in U.S. and amongst fans of the game but if winning breeds success, Chun is the walking epitome of that this year. The Open win is her fifth in 2015, following three wins on the Korean Tour and one in Japan.

Third-round leader Amy Yang battled throughout most of the day but rallied late to set up a dramatic conclusion to the event with an eagle-birdie run at 16 and 17.

“I did my best out there today,” Yang said. “It was another good experience. It just didn’t go as well as I thought, but I learned another great lesson here. And it’s going to make me better player, improve my game.”

Tied for fifth was a group of six players at three-under 277, including teen sensation Brooke Henderson from Canada who shot 68-66 on the weekend, and former U.S. Open champion So Yeon Ryu from Korea.

Battling injuries, defending champion Michelle Wie out up a creditable defence of her title and was a shot further back in 11th place at two-under.

First round co-leader Karrie Webb completed the championship with a one-under 69 for an even par total, good enough for tied 14th place and the leading Australian in the championship.