Tiger Woods will headline a star-studded field at the CIMB Classic 2012 at the Mines Resort & Golf Club outside Kuala Lumpur, the third edition of the only PGA TOUR-sanctioned event in the region.

The event will be held from on October 25-28 with players competing for a total purse of US $6.1 million. 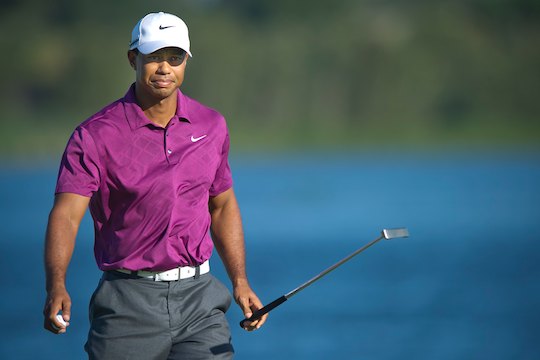 The tournament is also co-sanctioned by the Asian Tour and will again feature 48 players, with 30 coming from the PGA Tour, 10 from the Asian Tour and 8 sponsor’s exemptions. US Tour players Ben Crane, who will defend his title from 2011, and Bo Van Pelt were also confirmed entrants alongside Woods.

“We’re extremely pleased to be able to bring the CIMB Classic back this year,” said Dato’ Sri Nazir Razak, Group Chief Executive, CIMB Group. “Tiger will be a huge draw especially given his ASEAN roots.”

In further exciting news for the tournament and golf in the broader region, it was announced that beginning in 2013, the CIMB Classic will be upgraded to an Official Money Event on the PGA TOUR and will be part of the season-long FedEx Cup competition.

The field will also be expanded to include a minimum of 78 players and will carry a total purse of US $7 million.

Following the signing of a five year deal with CIMB, PGA TOUR Commissioner Tim Finchem said “In just two years, the CIMB Classic has become an important part of the PGA TOUR schedule and we are excited that this relationship has been extended for an additional five years.”

“The tournament will continue to grow in stature as it becomes an official event and part of the FedEx Cup in our 2013-2014 season.”

“Congratulations to the nation of Malaysia and the CIMB Group on this important announcement,” added Finchem.