The City of Sydney amateur tournament has been given a boost with the R&A’s granting of world amateur ranking status.

The event has been gaining momentum in recent years, attracting the cream of Australian amateur talent. 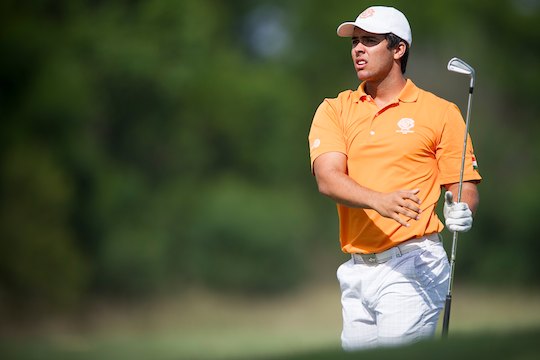 Moore Park’s Dimi Papadotos will be one of a number of elite amateurs contesting the 2012 City of Sydney tournament (Photo: Anthony Powter)

In 2008 the Australian Eisenhower Cup team used the City of Sydney as one of its pre-tournament warm up events.

The announcement of the R&A sanction will ensure a stellar field as players strive for the ranking points on offer.

Moore Park Golf Club has a proud record with regards to elite golfers and during the last five years has featured in five consecutive NSWGA major pennant finals, winning three and during the same period has had no less than fifteen representations in NSW State squads and three representations at National level.

The re-scheduling of the event to October also has additional attractions such as players being in Sydney at a time to enter Australian PGA pre-qualifying events for the Australian Open and the PGA NSW Open, which are held annually at this time of the year.