Cleary takes a look behind IBF’s rise and fall

Well-known sports journo and editor of the Northern Beaches Sports Tribune, Matt Cleary, takes a look at the fascinating story of Ian Baker Finch’s golfing career from the highs of an Open Championship title and world top-10 player through to the lows when his game abandoned him and he was forced into early retirement.

He had it all but things were changing in the game and the long hitters were taking the headlines. 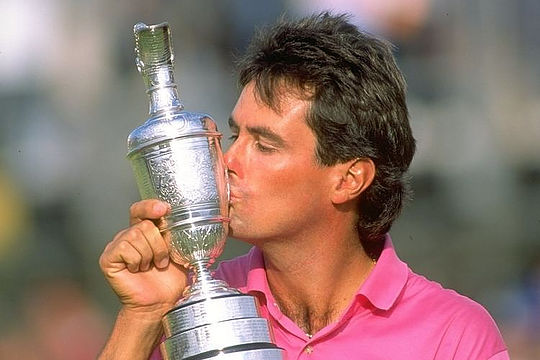 While IBF’s finesse around the course got him to the top of world golf, those around him were pushing hard for the Queenslander to compete with the long boys…and that’s when it all went bad.

“I got to the point where I didn’t even want to be out on the golf course because I was playing so poorly. I would try my hardest but when I came out to play, I managed to find a way to miss the cut time and time again. It became a habit.”

Baker-Finch eventually decided enough was enough and turned his hand to TV commentary, where he has carved out a successful second career lasting more than 20 years.

“Having two years without earning any money on the course, I thought to myself, ‘Shit, I’m young, I’ve got Jenny and two young girls at home, I think I can go do something else, and feel good about myself and do better at that’, which I’ve proven and done well in another side of my career.”

“So in some ways I could look back on it and think, ‘Yes I’m disappointed that I didn’t go on and continue to win, and win more majors.”

“But I’ve had 20 years in the business of TV and off course in the golfing world and I’ve done pretty well with that.”