Ben Clementson has claimed the 2012 NSW Cup with a two stroke winning margin over Michael Lambert.

Clementson, from St Michael’s Golf Club, fired rounds of 71-73 around the majestic NSW Golf Club to finish at even par in tough and challenging conditions. 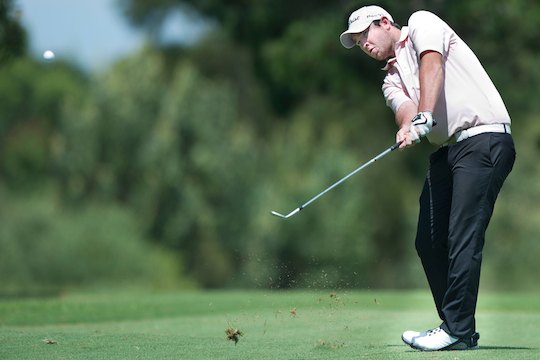 Michael Bell closed in third position at 3-over-par, with Matthew Wittenberg a stroke back in fourth position.

Entering the tournament with some form, Clementson was glad to get his maiden victory under the belt.

“It was so hard to maintain focus with the conditions and to keep the ball in play,” said Clementson, 21.

“I’m aiming to make the NSW State squad for the Interstate Series and hopefully this will put me in a good position with the selectors. My course management was the key for these two rounds and I owe a lot to my coach, Jeff Wagner.”

Victory at the NSW Cup was important for Clementson in a number of ways.

Firstly, it proved he can maintain the lead for a 36-hole tournament. He went on with a 1-under-par 71 in the morning round to hold on after strong afternoon winds lashed the NSW layout.

Secondly, it reinforces the hard yards that Clementson puts into his game with coach Wagner, are paying dividends.

“It’s hard to get that first break-through win in a top amateur event. Hopefully, it will lead to more.”

“I’ve been playing well, was solid at the Lake Macquarie Amateur and this just gives you the confidence to keep grinding away.”

The 21-year-old had no time to rest, as he backed up the next day to play the top-order match for St Michael’s Golf Club in the Division 1 Sydney Major Pennant.

Clementson squared his match coming from three down with three holes to play against the current Tasmanian Open champion and National Junior Squad member, Ricki Kato.

“That was fun and there’s more to come,” says Clementson.

“Tomorrow, I have another 36-hole tournament with the Monash Masters. I’m looking forward to that also.”