Club golf is the foundation stone of our sport and without membership, club pride associated with representative teams and the sporting comradeship which membership brings, the game would flounder.

Every so ofter clubs produce that prodigy that shows promises of grandeur, or attracts one of the game’s best professionals. 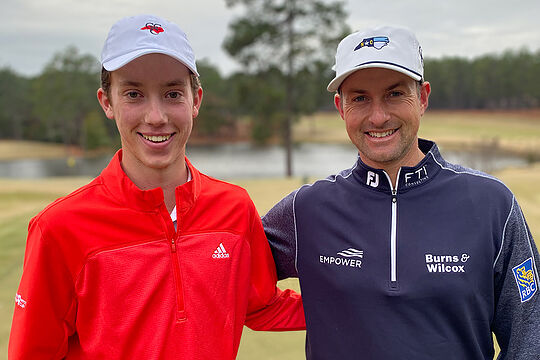 How’s this for a stat this week at the President’s Cup in Melbourne? The Country Club of North Carolina will have two members representing Team USA.

Webb Simpson and Jackson Van Paris will be part of Team USA with Simpson making his third team appearance and Van Paris (16) playing in the Junior Presidents Cup.

“Playing at the Presidents Cup with a young but very talented player from CCNC, one of my home clubs makes representing the US feel a little closer to home even when we are in Australia,” said Simpson, the 2012 US Open champion.

“Jackson and I are going to make the most of this unique opportunity. It should be a great week of golf for all of the competitors, professionals and juniors.”

A five-time winner and a three-time USA Ryder Cup team member (2012, 2014, 2018) since his PGA Tour career began in 2008, Simpson was a three-time All-American and the Atlantic Coast Conference Player of the Year in 2008. He played collegiately at Wake Forest University and during his college days, he was a member of the victorious USA Walker Cup (2007) and US Palmer Cup (2007) teams.

Van Paris is the youngest member of the US Junior Presidents Cup team. He advanced to the Round of 32 of the US Amateur as a 14-year-old at Pebble Beach in 2018. He was the second youngest to win a match surpassed only by arguably the greatest amateur golfer Bob Jones, who won a match at 14 years old in 1916. Van Paris also won the 2019 AJGA Simply Boys Championship in February.

“To be playing in the Junior Presidents Cup for my country is a huge honour,” said Van Paris, a three-time American Junior Golf Association All-America. “To be at Royal Melbourne with our Junior Team captain Justin Leonard and my teammates and the US Team with captain Tiger Woods and Webb from my home club and all the stars of golf is absolutely the chance of a lifetime.”

The Country Club of North Carolina was established in 1963, is a member-owned, gated residential community with 2,000 acres that features longleaf pines and three lakes and upscale tennis, fitness and swimming facilities. The membership is local and national and has been rated No. 17 in North Carolina by Golf Digest.