Coetzee goes back to back at Portugal Masters

South African George Coetzee made it back-to-back victories after posting a closing round 66 to win by two shots at the Portugal Masters on Sunday.

“When I won last week, it was on my own club and I’ve never had so much fun in being in the lead but that much tougher out there today.”

“Winning on European soil for the first time was the next step for me really,” said Coetzee, who now has five European Tour titles to his name. 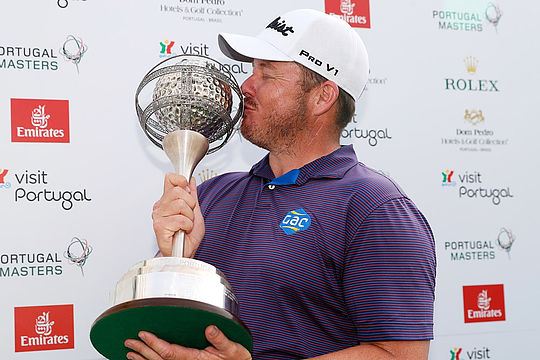 “I have always had a list of things I wanted to achieve in my career as a golfer and originally I never thought I would get as far as winning on the European Tour, so ticking that box a while back was really nice.”

The Portugal Masters was Coetzee’s first European Tour event since contesting the Qatar Masters in March.

What’s In The Bag: George Coetzee

England’s Laurie Canter (66) was second at 14-under par with countryman Tommy Fleetwood (64) and Swede Joakim Lagergren (65) another shot back at 13-under.

Fleetwood was headed to nearby Faro Airport for a flight to London and then onto New York in readiness for this week’s U.S. Open at Winged Foot.

Fleetwood was a runner-up in the 2018 U.S. Open to Brooks Koepka at close-by Shinnecock Hills.

Jason Scrivener was the best of the Australians finishing in a tie for 8th place for his equal best result of the season.