An emotional Nicolas Colsaerts ended a seven-year winless drought to capture the Open de France in signing one-over par 72 to win by a single shot at 13-under par on the Le National course in Versailles.

Though the 36-year old former Ryder Cup star had to do it the hard way after forfeiting a three-shot overnight lead to fall to second place following bogeys on five, six and 12. 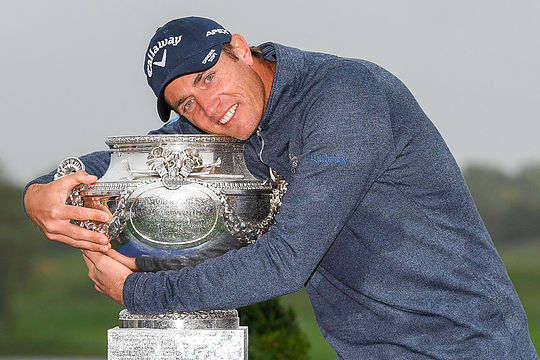 Colsaerts then in a 30-minute run brilliantly birdied 13 and chipped-in for an eagle ‘3’ on 14 only to give those shots back on 15 after finding the water to fall back into a tie for the lead with Dane Joachim Hansen.

However a Hansen bogey on 17 handed Colsaerts the honour of becoming the first Belgium-born in 61-years to lift the gleaming silver trophy and the third Tour title of his career.

Victory also secured Colsaerts the bigger prize of a two-year Tour exemption after facing the prospect of losing his Tour card in what could have been his penultimate event of 2019.

“This is a very special moment for me as the French Open for me has always been very special given I am French speaking, and I have been coming here for I don’t know how many years,” said Colsaerts.

“It’s been a long road and I’ve had so many people supporting me over the years, and that is why I am so emotional.”

“I went through up-and-downs for so many years now that is just so good to win again.”

“Also, this win changes everything for me for the next couple of years. Lighter schedule. I have a wife at home and a little kid now that I am going to be able to spend a bit more time with now, which is nice.”

Lucas Herbert topped the Aussies in a tie for 14th with his third round 65 repairing a lacklustre 73 on Friday.

The ever-consistent Jason Scrivener was 26th on 1-under while Deyen Lawson shared 40th at 2-over.

Jake McLeod closed in a distant 71st place following a final round 79.