Commonwealth will meet The National this weekend in the final of the Division 1 Melbourne Metropolitan Pennant to be played at Keysborough Golf Club on Sunday.

Both clubs had solid final round wins a fortnight ago to make the final with Commonwealth defeating the reigning flag holders Metropolitan, 6&1, whilst The National defeated last years finalists, Royal Melbourne, 5&2. 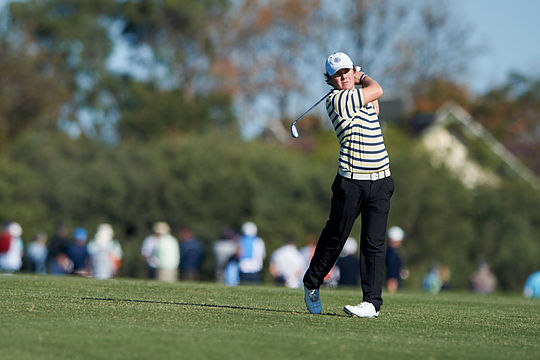 The end table saw Commonwealth with six wins and a loss to take top position recording 36 matches, with The National securing five win and two losses for a 28 match total.

The National has seen professional and 2012 Australian PGA Champion Daniel Popovic featuring in its top-order along also with fellow professional Mitchell Brown, a former winner of the New South Wales Amateur, who is now based in Victoria.

In the Division 1 Women’s Pennant final, defending champions Victoria will contest Commonwealth for the flag with the final also being played at Keysborough. The two teams have not been separated all series with Victoria taking the top position on the Division 1 table by a match after each team secured five wins and two losses.

Yarra Yarra and Peninsula-Kingswood are relegated to Division 2 for 2018 with The National and Kingston Heath being promoted and contesting the Division 2 final at Sandhurst.

The Colts Division 1 final will be played between Commonwealth and Woodlands with Commonwealth taking out the top position on games. This final will also be held at Keysborough.

Yarra Yarra and Rosanna have been relegated to Division 2 for 2018 with Kingston Heath and Huntingdale moving to Division 1 next year after the Division 2 final at Sandhurst.