Conners goes from zero to hero at Texas Open

What a difference a tournament can make and in Corey Conners’ case he went from a Monday qualifier after winning a gruelling six-way playoff to a PGA Tour champion with fully exempt status following his win at the Texas Open on Sunday.

It’s a breakthrough victory for Conners, a 27-year-old Canadian who was ranked 196th in the world just last week. He’s played on the PGA Tour’s smaller circuits over the past few years with mixed success and no victory, but he’s now exempt on the PGA Tour through the 2021 season.

A total of 73 players had competed for the final four spots in the field during the Monday qualifier with six players ending up in a playoff for the final berth and Conners was the man to emerge triumphant.

Conners also became the first to convert his Monday qualifying efforts into a win at a PGA Tour event since Arjun Atwal did so at the 2010 Wyndham Championship.

He was also the last man to receive a coveted Masters invite. 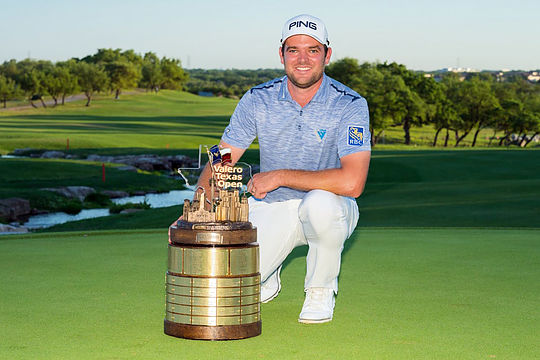 It will be just his third major championship start of his career. He missed the cut at the 2015 Masters when he qualified as an amateur after finishing runner-up at the 2014 US Amateur, a year before winning the Lake Macquarie Amateur here in Australia.

“No more Monday qualifying,” said Conners. “That’s the best deal from this. Amazing. It’s a dream come true. It won’t be as stressful on Mondays.”

Connors made six birdies in the final nine holes, shooting a 6-under 66 to finish 20-under for the tournament, winning by two shots over American Charley Hoffman.

Trailing by a shot going into the final round, Conners benefited from a three-stroke swing on the leaderboard on the third hole with a 10-foot putt on the par-3. Overnight leader Si Woo Kim put his shot into the water fronting the green and double-bogeyed to open the door and was unable to get it back.

Conners was two strokes ahead, and with birdies on the next two holes he led by four over both Kim and Hoffman. A minor mid-round collapse was not enough to dampen Connors’ chances for his maiden title, as heading into the back nine he rolled off three consecutive birdies.

“I told myself I could do it,” Conners. “I had been hitting a lot of quality shots. I was really relaxed. I had a lot of confidence in my game. Definitely a dream come true. It was an amazing day.”

Aaron Baddeley and Matt Jones finished the best of the Australians in a share of 30th position. Cameron Davis missed the weekend for his third consecutive missed cut in his 14th start of the season.

With more than 78 players making the 36-hole cut, a 54-hole cut at 1-under took place (low 70 and ties) which saw Curtis Luck Sunday’s chance come to the end.

Rod Pampling and John Senden also missed the 36 hole cut, with Pampling missing the cut for the seventh consecutive time in his ninth start of the season.