Crafter, Na notch up impressive results in US

It’s not all about the boys and it was our Aussie girls who proudly flew the flag for Australian golf on the weekend..and the good news is they were both South Australians.

First former Australian Strokeplay champion Stephanie Na produced her equal best finish in a professional event with a share of second place in the US at the secondary Symetra Tour’s Symetra Classic in North Carolina. 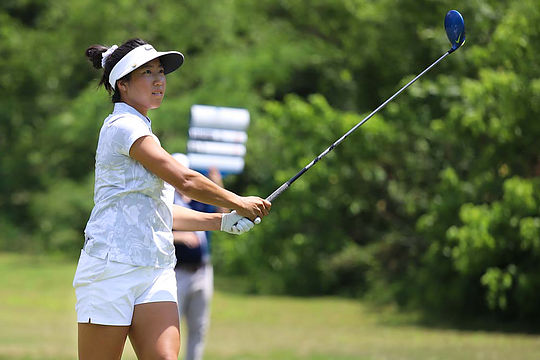 Na, 29, began the final round tied for the lead with Ireland’s Leona Maguire and South Korean Eun Jeong Seong.

However, she could only manage an even-par round of 72 following earlier rounds of 71 and 68 to finish in a tie for second, five shots behind Ireland’s Maguire.

Meanwhile another popular South Australian, Jane Crafter, these days based out of the US, showed she still had plenty of ‘game’ finishing a strong fourth at the second staging of the US Senior Women’s Open Championship at Pine Needles Lodge and Golf Club near Pinehurst North Carolina.

After opening the event with a round of 76, Crafter really knuckled down over the next 54 holes, playing them in even par to finish just four shots from the winner, Swedish legend Helen Alfredsson with other superstars like Dame Laura Davies and American Juli Inkster in the field.

Crafter, 63, is a two time Australian Ladies Masters champion and also has an Australian Open win on her resume.

The daughter of the late great golf commentator Brian Crafter, Jane was also a winner on the US LPGA Tour during the prime of her career.

“You can never underestimate the value of competitive experience, and day-to-day playing,” said Crafter.

“The last tournament I played in was the Senior LPGA in October. That’s seven months ago.”

“I mean, I’m delighted. I prepared as well as I could.”

Another Australian, former Sydneysider Wendy Doolan, played well to finish 11th despite opening with a disappointing 81.

Doolan, who won three times on the LPGA Tour, these days resides in the US where she is a teaching professional.