Creel moves closer to the big stage with Utah win

Creel finished at 24-under-par for his first Korn Ferry Tour win and is now a chance of earning PGA Tour privileges having moved from 64th to 32nd in the 2020-21 Korn Ferry Tour points standings ahead of the final event of the 2020-21 regular season, which is next week in Omaha, Nebraska. 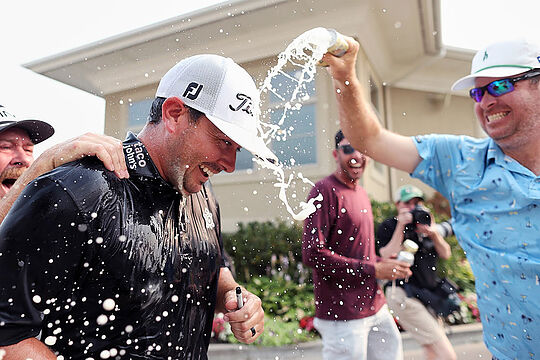 “You always think you’re good enough, but you don’t know until you know,” said Creel. “And now I know.”

The two-time NCAA Division II All-American earned US$108,000 after making 27 birdies and one eagle, hitting 64 of 72 greens during the tournament.

Brett Drewitt finished the best of the Australians in a share of 21st position and sees him move to 22nd on the season standings, safely inside the top-25 for progress to the PGA Tour come season end.

Curtis Luck finished in a share of 55th position, a closing 70 slipping him nineteen places on Sunday.

Ryan Ruffels finished in a share of 58th position to be the last of the Aussies making the weekend.