Daly winds back the clock with 64 at Czech Masters

It’s been a long time coming and it’s still early days however John Daly is co-leading a European Tour event after a bogey-free opening round 64 at the D+D Real Czech Masters this morning.

While the 52-year-old has shown glimpses of his prodigious talent along the way with a T10 at the 2017 Made In Denmark and a 4th place at the 2012 Qatar Masters, Daly hasn’t won anywhere on the European Tour since the 2001 BMW International Open. 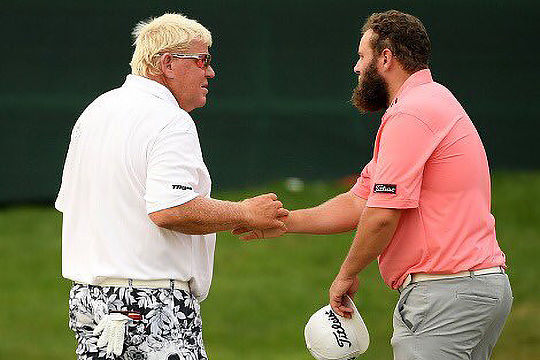 The American began his round with three birdies before adding to his tally at the sixth and ninth holes to make the turn in 31. Back-to-back birdies came at the 11th and 12th before a closing birdie moved him into a share of the lead.

“It’s been one of those years where I’ve been hitting it really good, I’ve just been injured and having to pull out,” he said. “I don’t feel great but I got around today and I just played solid golf and it’s great. It feels good.”

“It was just one of those days where the yardages into the greens were so perfect it made it a little easier. It was a very comfortable swinging round today and if I can do that every day, the injuries don’t tend to hurt as much.”

Andrew Dodt leads the Aussie attack in equal 10th place on 6-under.