Daniel Gaunt banished the demons of a difficult two years on Sunday, defeating Wil Besseling of The Netherlands on the first hole of a play-off to win the Telenet Trophy on the European Challenge Tour.

It was a real piece of genius on the first extra hole that sealed a second Challenge Tour title for the Victorian as he struck a delightful chip shot from 47 yards stone dead to guarantee a birdie. 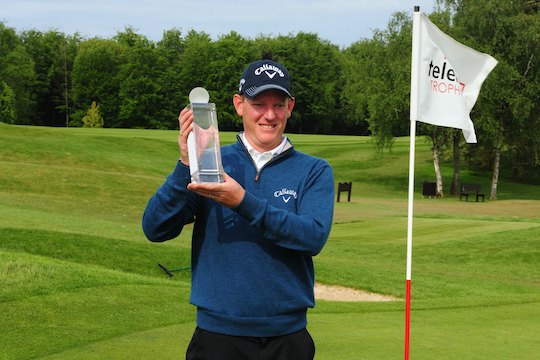 Playing from the rough, Besseling pitched 15 feet past and his missed putt meant Gaunt could tap in for a birdie and the win, worth €25,600.

“I’m a bit emotional at the moment to be honest,” said Gaunt, who had only made one cut in nine appearances on both The European Tour and Challenge Tour this year.

“After how the last two years have gone for me it’s massive to get a win under my belt.”

The 34-year-old had held his nerve during a dramatic final round at Belgium’s Royal Waterloo Golf Club, where many players contended for the lead.

A stunning six-under par 65 propelled Besseling through the field early on to claim the clubhouse lead on 11 under par, having teed off 11 groups before the final pairing.

Gaunt, who shared the overnight, needed to birdie the final hole in regulation play to force a playoff and hit a superb second shot into the green against the wind allowing him to two putt for a birdie and two-under par 69 to book his spot in the playoff.