Friendship is defined as a relationship between two people who care about each other.

When revelations of Tiger Woods’ extra-marital affairs surfaced in late 2009 there were many millions around the world who severed any sense of bonding or support for the then long-time World No. 1. 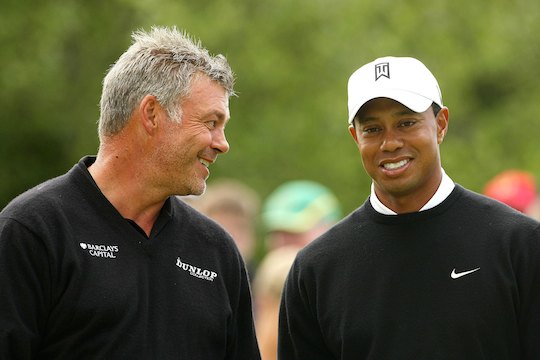 But despite the sensationalism of those events, Darren Clarke knows a better side to Woods, and particular when Clarke was going through the trauma of losing his wife, Heather to cancer.

It’s much for this reason the new British Open winner has stood by Woods and continues to call him his friend.

“Beneath it all, beneath all the stuff that’s happened, self-inflicted or otherwise, Tiger’s essentially a really good kid, a man, beneath everything,” said Clarke.

“Sometimes his media image has been portrayed in a very poor, poor way, some of that, again, from some of the stuff that he’s been through.

“But underneath it all, he has been a tremendous friend to me, and there’s a real good side to Tiger Woods that nobody every unfortunately gets to see.”

Woods had last been on a golf course hobbling off after nine holes in round one of May’s Players Championship at Sawgrass in Florida.

He was in Atlanta on the Monday of the Bridgestone Invitatonal, and won by Adam Scott, playing a practicing round on the Atlanta Country Club course and venue for next week’s season-ending Major, the U.S. PGA Championship.

“Doctors gave me the clearance to go, so here I am. I started back practicing a couple of weeks ago.”

Woods injured his leg during the third round of the Masters when hitting a shot from an awkward stance in the pine straw on the 17th hole at Augusta National.

He was informed to sit out golf but has now been cleared to play out the rest of the year.

However, Woods said he wouldn’t return until he was 100 per cent healthy, and he is convinced of that now.

He started hitting balls a couple of weeks ago, and spoke of the thought of competing in this month’s Greenbrier Classic, but in the end elected to wait one further week.

And now that Woods has returned so too has his thirst to end the longest losing streak in his pro career.

“I’m back out here trying to beat these boys,” said Woods.

“That’s fun. Getting out there and trying to win golf tournaments, being there with a chance to win, whether you win or fail. Just being there is just a rush, and it’s just so much fun.

“Trying to pull off the shots that you’ve done in practice when it matters the most, see what you’ve got.