Davis Love III doesn’t feel he’s asking for too much by wanting a look at Tiger Woods before he settles on his Ryder Cup team.

The US captain put it plain and simple when he suggested Woods “needs to play” if he were to even be considered as a captain’s pick for the Cup when it hits off on September 30. 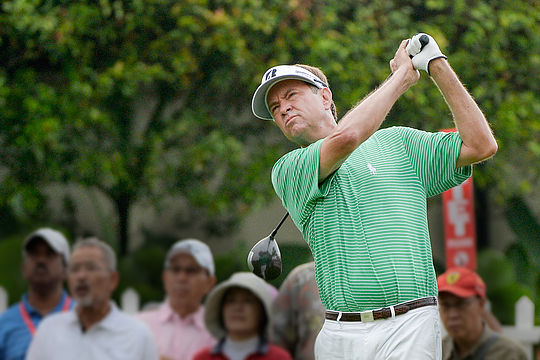 Love has already indicated he wants Woods there and has already allotted him one of the jobs as vice-captain for this year’s Ryder Cup.

“He needs to play,” said Love.

Woods has not been sighted on the PGA Tour since last year’s Wyndham Championship, ironically won by Love.

With Jim Furyk recently resuming tournament play following wrist surgery, Love is hoping for a similar type of comeback from Woods as the countdown to the Ryder Cup at Hazeltine begins.

“Jim made a good step this week,” said Love. “Hopefully, Tiger gets back and starts playing.”

“He has to play enough to, one, to get going, and two, to impress everybody.”

“It’s not just me…we’ve got a nice big group of guys, but we have…if he plays enough and plays well and some guys on the team are like, ‘hey, we need him on the team’, in the team room but also as a player, he’s obviously going to be there in the team room.

“But if guys want to play with him and they have confidence in him, then he’s an asset.”

“So he has to play: He can’t just play one or two weeks and say, ‘I feel good’. We have to see him play and get some results.”

“And Tiger will tell you the same thing…he wants to play, he wants to try to make the team on points.

“I don’t think he’s quite the personality that wants a pick. I think he wants to earn his points.”

“And I wouldn’t put it past him, if he’s healthy, to get on a roll. But he has to get out and play first and that’s the first big hurdle.”