It has been reported the club is in discussion of moving the tee at ‘Azalea’, as the par five 13th is named, back to lengthen the hole to 510-yards. 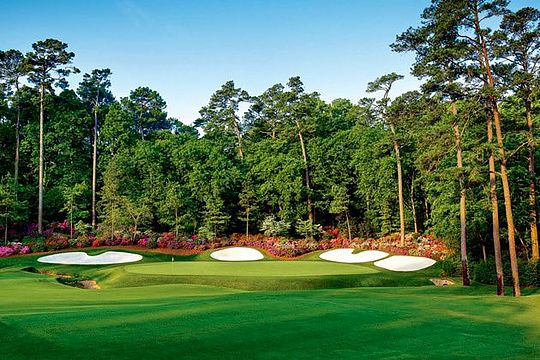 The 13th hole at Augusta National

When the first Masters was staged in 1934 the hole measured 480-yards and with most recent change being made in 2002 when the tee was moved back some 20 to 25 yards.

Last year, the 13th was ranked 17th and the second easiest during the 2015 Masters, and surrendering 20 eagles, 141 birdies but also 20 bogeys and 9 double bogeys.

“When I play the 13th at Augusta I would be hitting anywhere between driver, 3-wood and 2-iron off the tee and that’s depending on how I feel, and how I’m playing,” said Day.

“I do understand they are going to lengthen the 13th and I’m okay with that.”

“I guess what Augusta is trying to defend against is guys not caring and bombing it over the trees and past the corner, and then having 7-irons and 8-irons into the green.”

“Even Bubba, to a certain degree who I understand was hitting sand-wedge or pitching wedge.

“So if everyone is hitting to the corner then everyone will have the same kind of second shot into the green, and if that’s the case it is going to be a lot more difficult in playing your approach shot.”

World number one, Jordan Spieth also weighed in on the issue but not wishing to tread on any Green Jacket toes, the Texan was very deliberate in his response.

“I saw via Twitter or something that someone had posted there was rumours about them changing it,” he said.

“If it were lengthened, I would find it advantageous to me, because instead of busting driver into the pine straw like I typically do, I’d actually find the fairway and make the longer hitters have to hit it further right.

:From where the tee is now, I think it’s a great hole. It’s one of the best in golf. I didn’t think so when Bubba’s shot ended up landing in the fairway in 2014. I said there’s no chance there.”

“But last year, I enjoyed it a bit more. I think it’s cool. I didn’t ask any questions there and I’m not sure what’s going to happen with it.”