Jason Day has claimed his 11th PGA Tour victory after defeating Sweden’s Alex Noren on the sixth play-off hole at the Farmers Insurance Open to claim his first win worldwide since the 2016 Players Championship.

On Sunday, each player birdied the 18th hole three out of three times in the five playoff holes before darkness ended play for the night to force a Monday play-off. Day needed only 14 minutes and four shots to prevail.

Attempting to win for the first time on the PGA tour, Noren tried to reach the Torrey Pines South Course’s par-5 18th green with a 3-wood from 225 metres but the ball hit into the upslope of the bank in front of the green and trickled back into the water.

Day, who had to lay up after hitting his drive into the right rough, fired a lob wedge from 65 metres stiffing the ball to within a foot of the cup. Day tapped in for birdie, while Noren finished with a bogey.

Day earned $1.24 million and will move back into the world’s top-10 ranking.

“It’s special for me to be able to win here again,” said Day, who recorded his first victory since the 2016 Players Championship. 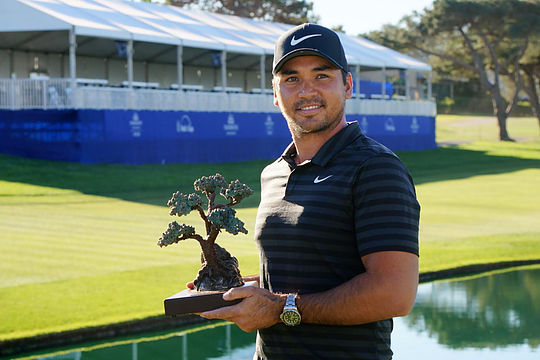 “I first came over here as a junior and won the Junior World Championships, and being able to win in 2015 propelled me to a really great year. Obviously, the preparation and the hard work over the holidays has really paid off early, so I need to make sure I stay on top of that.”

The win is timely also for Day, who is coming off a 2017 season in which he had only five top-10 finishes and saw his world ranking drop to 14th after he previously spent 51 weeks at No.1.

The playoff was originally a three man duel after American Ryan Palmer also finished alongside Day and Noren at 10-under. Palmer lasted just one hole making par on the 18th after the other made birdie.

American J.B.Holmes finished in 4th position at 9-under, with fellow countryman Keegan Bradley rounding out the top-5 at 8-under.

Marc Leishman was the next best Aussie recording a top-10 finishing in 8th position at 6-under. Cameron Smith moved 11 places firing a final round 72 to record a top-20 finish while Cameron Davis slumped to 58th place following a horror final round of 80.

Tiger Woods finished in an impressive tie for 23rd position in his first PGA Tour return which vaulted him up 108 spots on the world ranking, from 647th to 539th.

It was Woods’ first official PGA Tour event since last year’s Farmers Insurance Open and it marked his first cut made on tour since the 2015 Wyndham Championship.