Day gives the thumbs up to Masters chances

To say it’s ‘thumbs up’ for Jason Day this week, is stating the obvious.

The Queensland star had scarcely dreamt of anything else but winning the US Masters in the past year or so. 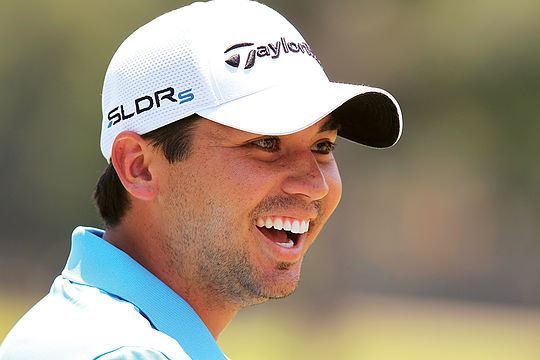 And it seems Day has at last overcome a serious thumb injury that threatened to curtail his career and had the effervescent Aussie questioning whether he would ever get back to his best.

He now admits he was short of his peak when he competed in last year’s Masters and his effort to finish tied for 20th was a better than most realised.

“I came back early from injury just to play Augusta,” he said.

“I had a chance of getting to No. 1 in the world if I won the Masters last year so I had two goals in mind; winning at Augusta and becoming the world No. 1.”

“I actually played well but didn’t putt that great and found myself off for another six weeks after that.”

“I came back again, then had another six weeks off.”

“Later in the year I had a bulged disc in my back, so it was a struggle.”

Now Day says he’s champing at the bit to get back to Augusta, a course he feels suits his game.

“I feel like my short game can produce some good creativity around the greens and I think I’m a pretty good lag putter from long distance on fast greens.”

“I have had some pretty good finishes there but I’m still just looking for that moment where I put the green jacket on.”

“I have put in a lot of work to get to where I am right now.”

“It just shows that I need to put more in to get to where Rory [McIlroy] is.”

“You have to be mega consistent, inside the top 10 and top five plus winning every year.”

“If that is what it takes, I have to do something about that and become more of a consistent player.”

Day is hoping to start that trend this week and the man now rated No 5 in the world (fellow Aussie Adam Scott is No. 6) is hoping it all begins with a Masters victory.