Just two Australians will line up for the first of the year’s World Golf Championship events – the Accenture Match Play Championship – in Arizona this week.

Jason Day and Marc Leishman will fly the flag in a field comprising the top 64 ranked players in the world, as Adam Scott, world number one Tiger Woods and Phil Mickelson opt to sit out the event. 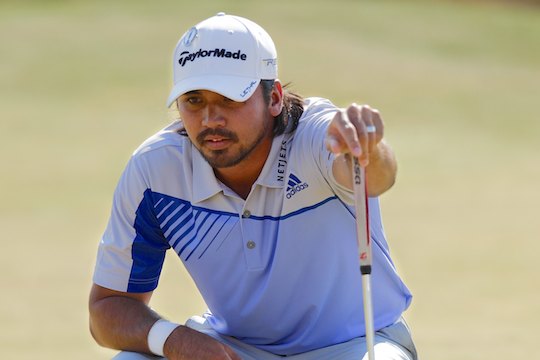 Their places in the field will be taken by South Africa’s Richard Sterne (No. 65), American Scott Piercy (No. 66) and Thailand’s Kiradech Aphibarnrat (No. 67).

Woods, Scott and Mickelson’s non-participation also elevates Henrik Stenson, Justin Rose, Rory McIlroy and Zach Johnson to the head of the list of qualifiers at the Jack Nicklaus-designed The Golf Club at Dove Mountain, where Matt Kuchar will attempt to put aside his missed cut at the Northern Trust Open to mount a defence of the title he won over Hunter Mahan in last year’s final.

Australian Geoff Ogilvy has been a two-time winner of the WGC Matchplay Championship in 2006 and 2009 and was runner-up to Henrik Stenson in 2007.

In the 15-year history of the event, the past winners have almost exclusively represented at Ryder or Presidents Cup level, which could be viewed as a positive for the chances of Day and Leishman.

Day will face Dane Thorbjorn Olesen in his first round match while Leishman has a tough first up encounter against in-form Spaniard Sergio Garcia.

Seventeen players are set to make their Matchplay Championship debut this year including Jimmy Walker, who has won three times in eight starts to be the hottest man in golf at the moment. Dove Mountain will be the first WGC start in late bloomer Walker’s career.