Day makes return to golf at Tournament of Champions

World number one, Jason Day, makes his much-anticipated return to tournament golf this week at the US$6.1 million SBS Tournament of Champions in Hawaii starting Thursday.

Day has been out of action since tearing a ligament in his back towards the end of the 2016 PGA Tour season, forcing his withdrawal from the BMW Championship and the Tour Championship. 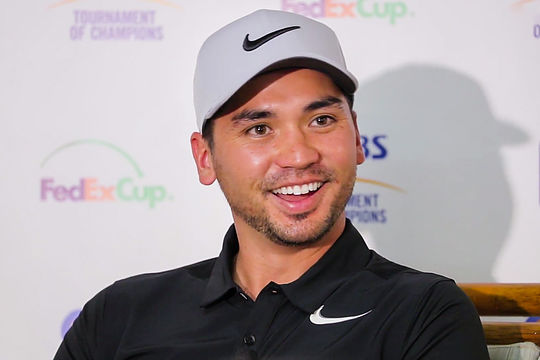 Jason Day talks at the 2017 SBS Tournament of Champions

The Queenslander’s injury also forced the cancellation of his return to Australia for the World Cup and Australian Open, which would have marked his first tournament golf in Australia since winning the World Cup alongside Adam Scott in 2013.

As its name suggests, the SBS Tournament of Champions 32-man field is made up of winners from PGA Tour events in the previous season. Alongside Day, three Aussies will take their place in the lineup at Kapalua – Rod Pampling (Shriners Hospitals for Children Open), Aaron Baddeley (Barbasol Championship) and Greg Chalmers (Barracuda Championship).

While the field in Hawaii features some of the best golfers in the world, several big names have chosen not to tee it up this week including World No.2 Rory McIlroy, World No.4 Henrik Stenson and former world number one, Adam Scott. Scott will be kicking off his 2017 campaign at the Singapore Open.

McIlroy will make his 2017 debut at the BMW SA Open before heading to the Abu Dhabi Championship alongside Henrik Stenson, Dustin Johnson, who is playing in the tournament for the first time, and defending champion, Rickie Fowler on January 19th.

Patrick Reed joins Jason Day in the first round following his victory at the Northern Trust last year. Reed comes to Kapalua with impressive form having won the 2015 Hyundai Tournament of Champions in a playoff with Jimmy Walker and finished second to Jordan Spieth, who shot 30-under, in 2016.

During his press conference this week Day revealed that he is “cautiously optimistic” of remaining injury free following changes to his back swing and strength areas of his body during his extensive time off from the game.