Following one of the most successful partnerships in Australian golfing history, Jason Day has split with long-time coach, caddie and father-figure Colin Swatton.

Under the watchful eye of Swatton, both as a caddie and then swing coach from 2017 onwards, Day has amassed just shy of US$50 million prizemoney from 12 PGA Tour titles, including the 2015 PGA Championship, and notched up 51 weeks as world No. 1 between 2015 and 2017. 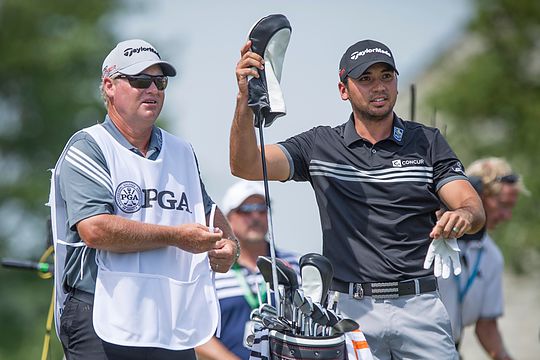 Day, who currently sits at World No.43, said ahead of this week’s WGC–FedEx St. Jude Invitational that the reason for the change was wanting to have more control over the work on his swing.

“It’s been a long and successful road working with Col. I have just decided I want to make a change and work on my own as it pertains to my golf swing,” Day told www.pgatour.com.

“Col has been way more than just a caddie and coach to me. I am forever grateful for all he has done for my golf and his continued friendship.”

Swatton initially took Day under his wing as a troubled 12-year-old, who was dealing with the recent loss of his father to cancer. Day’s mother took a chance on her son and mortgaged the house to send Day off to a nearby golf boarding school on Queensland’s Gold Coast…and the rest is history.

“It’s been a privilege to work with Jason since his childhood and I’ll always cherish the ride we’ve shared that took us all the way to the top of the golf world,” Swatton said.

“I am proud of what was accomplished but even more so I am proud of the man Jason has become. We will always remain close friends and I wish him well as he continues his journey.”

Despite not winning on Tour since 2018, a recent run of top 10 results in his home state of Ohio have offered some hope to the former World No.1 that his game is getting back on track as he heads towards the first major of the year next week in San Francisco.

“It was a nice confidence booster. My game feels like it is coming together at the right time so I’m looking forward to trying to maintain this momentum,” Day said.

Day is playing at the WGC-FedEx St. Jude Invitational this week and currently sits in a share of 15th place following an opening round 2-under 68.