No-one wishes the last three months ever happened, however, Jason Day, along with Tiger Woods, will no doubt have been quietly thankful for the enforced layoff.

Both players have been struck down by debilitating back injuries with Day missing the cut the The Genesis Invitational in February and then withdrawing from the Arnold Palmer Invitational for the second year in a row in early March. 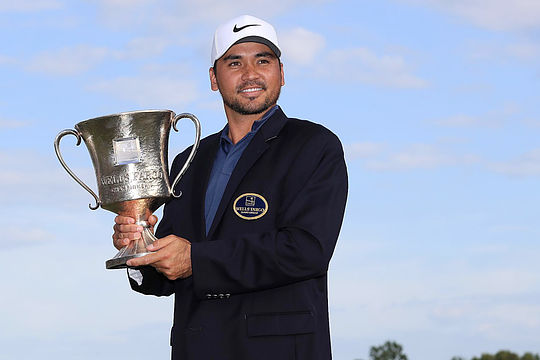 Despite a victory at the Japan Skins in October last year, the 32-year-old hasn’t won an official PGA Tour event since the Wells Fargo Championship in May 2018.

The lack of form and consistency over the past few seasons has seen his world ranking plunge from a high of World No.1 to frozen in 51st place during the lockdown period.

The Ohio-based Queenslander now has the chance to redeem himself with the PGA Tour returning to the fairways next week in Texas for the $7.5 million Charles Schwab Challenge.

Day said that his work in recent weeks with his former caddie and now full-time coach Col Swatton is paying off.

“I’m really looking forward to getting after it because my back feels better. Overall, I’m really pleased with progress I’ve made in a short time,” told the AAP.

“I have stepped up the practice during the last month or so. My game is feeling good and I just need to tighten the screws now.”

Day will join fellow Aussies including Marc Leishman and Cameron Smith in Texas before potentially teeing it up at the RBC Heritage, the Travelers Championship or Rocket Mortgage Classic in Detroit.

The Tour will then head to Day’s adopted home state of Ohio for the Jack Nicklaus-hosted Memorial tournament on July 16th followed by a yet-to-be-announced new event at the same course the next week after the recent cancellation of the John Deere Classic.

At this stage, the world’s top-5 players are all confirmed to play at the Charles Schwab Challenge along with previous winners Jordan Spieth (2016) and Justin Rose (2018).

Tiger Woods has yet to confirm his status either way but it seems likely he will return to tournament play the following week for the RBC Heritage.