Day returns to PGA Tour thanks to CJ Cup exemption

33-year-old Jason Day is returning to tournament golf in this week’s limited-field CJ Cup for the first time since missing the cut at the Northern Trust in August.

Day, who has been battling injuries for the past few seasons, has missed nine cuts this season and posted just three top-10′s from 22 starts. 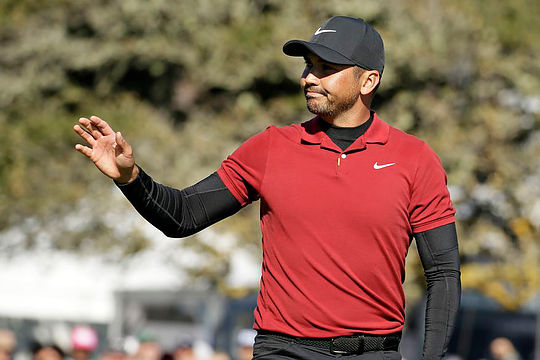 As a result, the Queenslander and new father of four, has now fallen to 79th in the world rankings and will need to perform well in his infrequent starts if he is to automatically qualify for the Masters, US Open and Open Championship next year.

His start at the no-cut CJ Cup, which only became possible via a sponsor’s exemption, should allow Day to get a good handle on his game with a guaranteed four rounds of golf against some of the best players on Tour.

“I’m trying to play the long game right now. If results come quicker than expected, great, but I’m outside the top 50, I’m not currently in the majors other than the PGA and I’m outside the WGCs,” said Day, who was in final round contention in 6th place last year when he was forced out due to a neck injury.

“I’m trying to work on my swing, see how it goes [this week] under I guess some stress and some pressure and then go from there. If it can handle it, then I’ll know that I’m working on the right things.”

“I’m a different player than what I was five years ago, right? I’m a different person, I have different priorities, I can’t work as hard as I used to just because of my body, and I’m okay with that.”

Leishman has finished T4 (Fortinet Championship) and T3 (Shriners Children’s Open) in his first two starts of the season and lines up as one of the favourites in Las Vegas this week.