Rory McIlroy has confirmed his defence of his WGC- Dell Matchplay Championship title as one of the showpiece events of the season makes a move to another new venue in 2016, the Austin County Club in the Texas State capital this week. 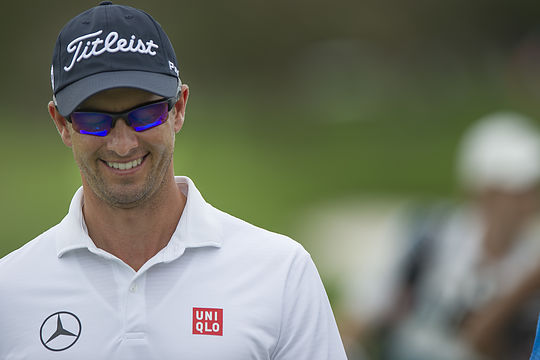 The top 64 ‘available’ players in the Official World Golf Ranking (OWGR) as of Monday, March 14, are now qualified for the US $9.5 million event, headed by the world’s No. 1 player and Texan favourite Jordan Spieth.

Jim Furyk, No. 15 in the OWGR, remains sidelined as he recovers from wrist surgery and Henrik Stenson (No. 7) has indicated he will not play in Austin. Their places will be filled by American Patton Kizzire (No. 65) and Denmark’s Thorbjorn Olesen (No. 66).

Australia will be well represented by top-ten players Jason Day, Sunday’s Arnold Palmer Invitational winner, and Adam Scott who won back-to-back events including the most recent WGC event in the past month.

After a week’s break, Scott again featured prominently at Bay Hill even if he did come to grief more than once on the fiendish 18th hole. Marc Leishman and his close mate from Victoria, Marcus Fraser, round out the Australian contingent.

Fraser’s elevation to No.64 in the world following his Maybank Championship victory in Malaysia saw him take the last official place when automatic qualifying closed.

The victory has meant a complete schedule reshuffle for Fraser and a considerable number of frequent flyer miles as he has criss-crossed the globe from Malaysia, to the Perth International, to the WGC Cadillac Championship in Florida, back to Delhi for the Indian Open then back to the U.S. for the Matchplay.

A strong showing in Austin could see the 37-year-old make his first appearance at The Masters if he can improve his ranking to inside the top-50.

The top 16 players in the OWGR will each be the top seed in their four-player group, while the remaining three players will be chosen randomly at the Dell Match Play Draw Show at the beginning of the week.