Jason Day has fired a 6-under 66 to take the lead at the 2015 PGA Championship after three rounds at Whistling Straits.

The world number five sits at 15-under for the tournament and two-strokes ahead of world number two, Jordan Spieth. 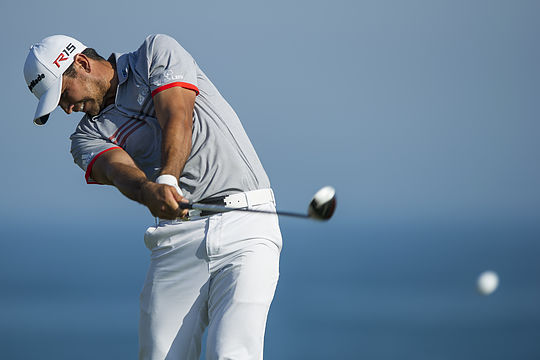 South African Branden Grace and England’s Justin Rose share third at 12-under while fellow Aussie Matt Jones dropped four shots in his last five holes to shoot 73 and sit tied sixth at 10-under.

Day, 27, is once again in position to realise his dream of winning his first major. Nine top-10s in the majors in the last five years is proof that his game is ready.

“I really have to believe in myself tomorrow, but if it happens tomorrow all that work that I’ve put in over the last four or five years has paid off,” said Day following his round.

“Sometimes it takes longer. Sometimes it takes a while before you finally see how you’re supposed to do it. You can never count out Jordan [Spieth] right now with how he’s playing, especially this year. He’s just full of confidence right now.”

Spieth, 22, is seeking to become the first player to win the Masters, US Open and US PGA in the same calendar year and produced a stunning third round of 65. Spieth birdied each of the closing three Whistling Straits holes.

Spieth, the current Masters and US Open Champion, enjoys a clear opportunity to join them at just 22. If he manages it, he will also claim Rory McIlroy’s title of world number one. 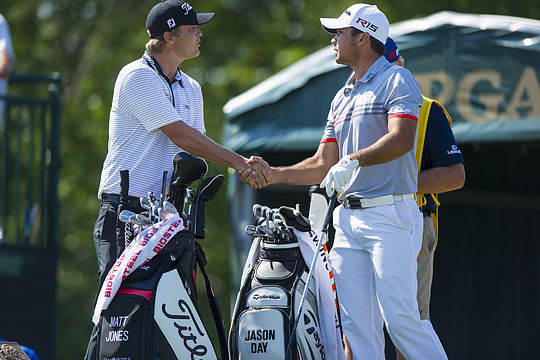 Jason Day and Matt Jones shake hands before teeing off on day three of the 2015 PGA Championship (Credit: Anthony Powter)

Despite closing slowly to be five behind his fellow countryman, Matt Jones still feels he has a chance.

“I’m definitely not out of it,” said Jones.

“I have to shoot a very good round tomorrow. I played – I didn’t play great today, I got away with it on the front nine and made a couple of good birdies on the back nine.”

“Golf runs like that, and it got me in the end. I was happy to par the last. Make some birdies tomorrow and get my name back up there.”

The third Aussie to make the cut, Cameron Smith, is currently in a tie for 30th in just his second major at 4 under after a third round 70.