He is Australia’s best player, after all and Jason Day is ranked the ninth-best player in the world…last time I looked.

So it was with a collective sigh of relief that Golf Australia officials announced that Day would, in fact, show up this year to tackle Jordan Spieth at the Emirates Australian Open, virtually assuring the tournament of being a success when it returns to The Australian Golf Club in Sydney.

Spieth is ranked No. 2 in the world but has expressed his desire to return to defend his title while world No 20, Adam Scott has all but confirmed he will not be playing at the November 23-26 event.

Still this is the first time Day has contested Australia’s national championship in four years.

And reports suggest the former Queenslander is champing at the bit to return Down Under and chase the coveted Stonehaven Cup. 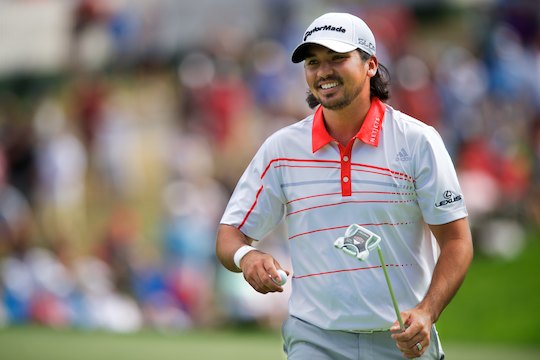 A much younger-looking Jason Day pictured in 2013 – the last time he played the Australian Open (Credit: Anthony Powter)

“The Australian Open holds a special spot in my heart. I’d love to get my name on that trophy one day – hopefully this November,” Day said.

“It’s a tournament I’ve always cherished. To win our national Open would be a dream come true.”

Day has been close to Australian Open glory at his two most recent attempts, finishing in a tie for sixth behind Rory McIlroy at Royal Sydney in 2013 and then a tie for fourth behind dual champion Greg Chalmers at The Lakes in 2011.

“It’s great to come home and play and be involved with the people who support us so strongly when we’re away,” he said.

“I’m sure the crowds will be huge in November – I’m looking forward to seeing the great supporters of golf back home.”

Day, incredibly, has 14 top-10 finishes in the 28 major championships he’s completed, including victory at the 2015 US PGA Championship.

“Jason has done some extraordinary things in the past few years and it’s great that his home fans will be able to show their appreciation for what he’s done,” Pitt said.

“Obviously he’s dealt with some intense personal issues this year, but we shouldn’t forget that he’s a 10-time winner on the US PGA Tour, including that incredible streak of seven wins in 17 starts little more than a year ago.

“We are encouraged that he is coming back again and, along with Jordan, we are already building a very formidable line-up for fans at The Australian.”

The event will be telecast live on Channel 7 and tickets are on sale now from Ticketek at www.ticketek.com or by calling 132 849.