Teeing off in the third-last group of the day, American Brendon Todd has spoiled the Aussie party after equalling Jason Day’s 5-under 65 to share the lead late on day one of the PGA Championship at TPC Harding Park in San Francisco.

After teeing off early in the first round, Day held the clubhouse lead for most of the round before being joined by three-time PGA Tour winner, Todd, at the top of the leaderboard.

Todd is, of course, no stranger to the podium this year with victories at the Mayakoba Golf Classic and Bermuda Championship along with a T4 at the RSM Classic.

Day has also been in fine form of late with a string of top-10’s making up for a horror stretch of results dating back to February this year. 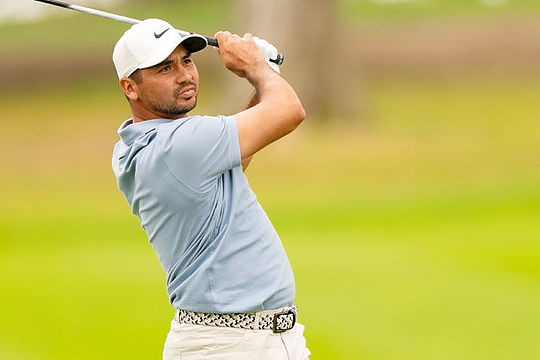 “There was definitely a lot of momentum coming in off the previous finishes that I’ve had, three top 10s, which has been nice. The game feels like it’s coming around. I’m pleased with it,” said Day.

“I feel like I’ve been working very hard in the off-weeks and I feel like the game is slowly coming around, the confidence is coming around because I’m starting to see the results, which has been good.”

“I am excited to come out and play every day.”

The leaders are one shot ahead of a group of nine players at 4-under including Brooks Koepka, who is seeking his third PGA Championship title in a row, Justin Rose and Xander Schauffele.

And speaking of multiple winners, Tiger Woods, produced his lowest opening PGA Championship round in 11-years thanks to a 2-under 68 to take a13-way share of 20th place alongside the likes of Bryson DeChambeau, Patrick Reed, Paul Casey and our very own, Adam Scott.

Morning Round Highlights – Day One

It was also Woods’ lowest first day in any Major since the 2012 Open Championship at Royal Lytham.

“I felt like I kept the round going most of the day, and I let a couple go here and there, but for the better part of the day, it was a very solid round,” said Woods.

Adam Scott was pleased with his first competitive round in five months after isolating with his family on Queensland’s Sunshine Coast following the cancellation of the Players Championship in March.

“I’m very happy with my round. It wasn’t really rusty. I guess a little bit. It was really good, and it needed to be around here. But I just kind of lined myself up; I hit good shots, but I was just a little too square on a few of the drives, and they came out right,” said Scott.

“If I can just correct that for tomorrow and get three or four more in the fairway, you can create some opportunities. It was starting to get pretty tricky out there. It was not easy to aim left coming in at the trouble and trust the wind to bring it back. That’s the challenge of this golf course. There’s some good shots to be played down the stretch.”

Matt Jones and Marc Leishman were next best of the Australians in a share of 48th place on even par followed closely by Cameron Smith on 1-over and Lucas Herbert at 3-over.