You have to hand it to Bryson DeChambeau. He has worked incredibly hard over the past two years to completely reinvented his swing and body shape. That extra effort has seen him luring the PGA Tour’s big-hitting crown away from Cameron Champ.

Now the 2020 US Open champion is testing his game against the best in the world at the Professional Long Drivers of America World Championships in Mesquite, Nevada. 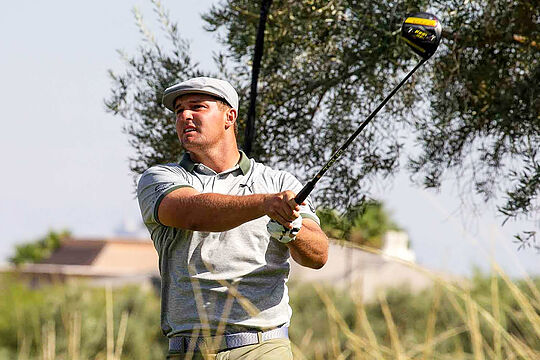 The PGA Tour star kept the ball rolling on Wednesday (US time) by making it through to the top-32 following a day-long battle against strong desert winds.

There’s still a long way to go but the 28-year-old has already managed to put his critics in their place with a stellar rookie performance. His results are made all the more impressive considering just days ago he was representing his country at the Ryder Cup at Whistling Straits.

“What he’s doing is obviously wonderful for the sport. He’s a good guy. He has a very altruistic desire to help the sport out. It’s great to have someone appreciate what the guys can do out here,” said world champion long drive star, Kyle Berkshire, in an interview with PGA Tour.

“He took a big leap of faith and put himself in a vulnerable position to compete out here and he’s backed it up with his performance. He’s doing the PGA Tour really proud.”

The event will wrap up on Friday (US time) when the top two finishers from the final group of four will face off in a head-to-head match for the World Championship title.

The event is being live-streamed on YouTube each day.