Bryson DeChambeau’s injury woes continue this week with the announcement of his withdrawal from the Arnold Palmer Invitational.

The 2021 champion was hoping to fit enough to defend his title but ongoing hip and wrist injuries mean that he will miss yet another tournament. DeChambeau has not completed a 72 hole event since the Sentry Tournament of Champions in early January. 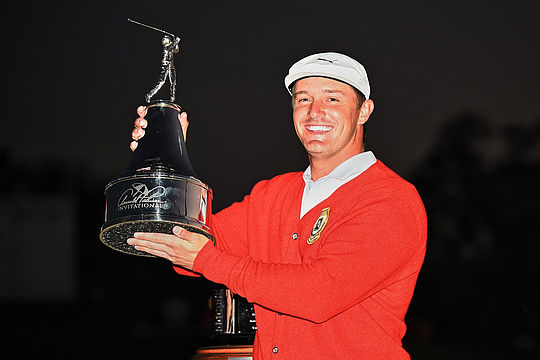 “Man, tough decision right now. I have a lot of work to do to get everything back into order for this week. I just feel like it’s too short a time for me to get back to playing at 100 percent capacity. Right now, I’m like 90 percent. I don’t want to go out there and hurt myself even more and not be 100 percent ready for the rest of the season.”

“Winning Mr. Palmer’s tournament was such an honour for me as I’ve loved and respected Mr. Palmer for so many years. He was and still is an idol of mine today.”

Despite DeChambeau’s protestations to the contrary, it’s hard to deny that his current issues are the result of his obsession with training for the World Long Drive Championships last year. To his credit, he worked exceptionally hard for that event and finished well but the 28-year-old may have learnt a very hard lesson about his body.

The 2020 US Open champion ended the video by saying he may be ready to compete at next week’s Players Championship but that seems unlikely given how uncomfortable he says his injuries are at this stage.