South Korea’s Jin Young Ko never looked in doubt to win back-to-back titles at the LPGA Tour’s Cognizant Founders Cup. The former World No.1 lead in all four rounds and closed out with a 5-under-par 66 for a four shot victory over Germany’s Caroline Masson.

Ko, the defending champion from 2019, began the final round with a four-shot lead with no other player getting closer than three all day to finish at 18-under-par and join Nelly Korda as the only three-time winners on the LPGA Tour this season.

To date Ko has ten LPGA Tour wins including two major titles with the 2019 ANA Inspiration and the Evian Championship.

Ko’s final round 66 was her 14th consecutive round in the 60s to match a 16-year LPGA Tour record held by Annika Sorenstam. Ko earned US$450,000 for the victory and more importantly, has moved to within 20 points of Korda in the Race to the CME Globe with the end of the season quickly approaching.

Korda is not playing in South Korea where the tour moves to next week, leaving Ko with the opportunity to move past her on the season points list. The LPGA then concludes with two Florida events, finishing with the CME Group Tour Championship. 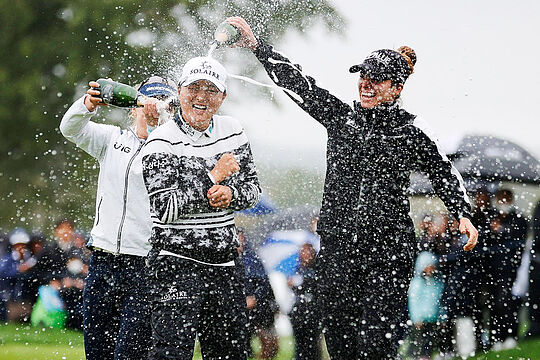 Min Jee Lee was the best of the Australians finishing in a share of 25th position at 4-under-par, followed by Hannah Green in a share of 42nd position.

Su Oh and Katherine Kirk rounded out the Australians making the weekend.