Having some superstars in the field is a must, yet it is just as important to have the defending champion there for next month’s Australian Open.

So it was a mixture of excitement and also some relief when Golf Australia announced that Mexican Abraham Ancer would be back at The Australian Golf Club to defend his Open title. 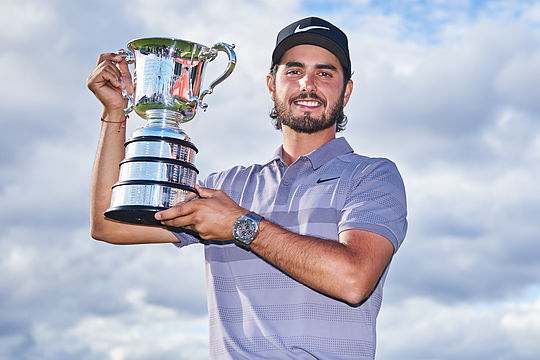 Now firmly ensconced in the top 50 in the world, Ancer can’t wait to get back Down Under to defend his title before heading down to Melbourne as part of the Internationals team to contest the Presidents Cup.

“Sydney is such an important place for me with so many good memories from last year and the doors it helped open up,” said Ancer.

“I can’t wait to get back there and play in front of the fans who were so supportive and to see if we can recreate a bit of that Stonehaven Cup magic with such a great field coming to Sydney.”

Ancer’s task will, if anything, be even tougher than last year as he faces the likes of Adam Scott, Jason Day, Marc Leishman, Cameron Smith, Louis Oosthuizen, Sergio Garcia, Paul Casey, C.T. Pan, Geoff Ogilvy, K.J. Choi and Ernie Els as part of a stellar field for the December 5-8 championship.