Cameron Smith has produced one of the best comebacks in amateur golfing history beating Geoff Drakeford, 3&2, to win the Australian Amateur Championship at the Commonwealth Golf Club in Melbourne.

Drakeford was quickly out of the blocks in the morning eighteen holes, making three birdies in the opening four holes to quickly move to 3-up after four holes.

By the turn Drakeford had progressed the margin to 5-up after an impressive up-and-down on the 18th to secure par and maintain the solid buffer over Smith heading into the lunch break.

Smith responded after lunch with gritty determination and pure match-play golf as he hit fairways and greens. It was smart play by the dual Australian medalist as he clawed his way back into the match with the relentless pressure eventually taking its toll on Drakeford.

“I just stuck to my game plan and kept focusing on hitting greens,” said Smith, who was medallist at the 2011 and 2012 Australian Amateurs.

“I came out after lunch and just knuckled down. Geoff had played brilliantly in the morning and I knew I had to do something to get back into the match.” 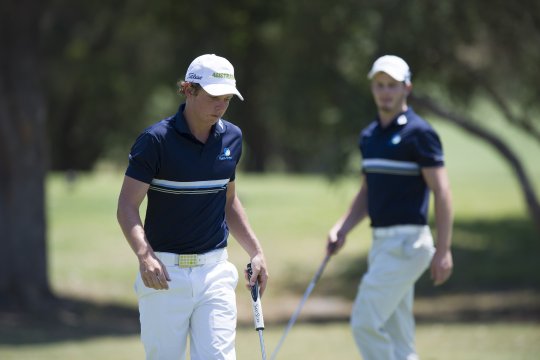 Arguably the turning point in the final came at the 28th hole when Smith nailed a putt for birdie to get to three down.

It took the wind out of Drakeford’s sails and three resulting bogeys saw his lead evaporate.

Smith looked every part the player with precision tee placement around the tight Commonwealth layout and crisp iron play to the tight closing hole pins.

Drakeford in comparison was having trouble finding the short grass and it would prove costly. 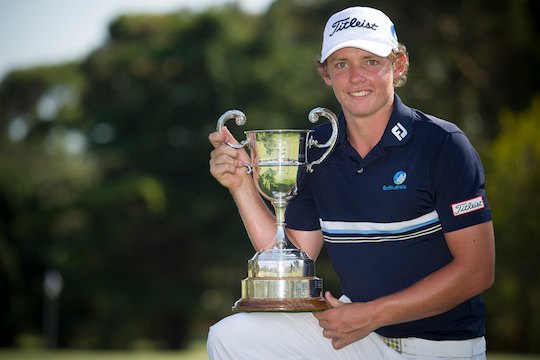 When an errant tee shot on the 16th found a watery grave and with Smith in the middle of the fairway, Drakeford’s chances of collecting the national title had slipped away.

Yet this was a final where both players deserved to win, but unfortunately there can only be one victor.

“I knew Geoff was going to play aggressively,” said Smith ranked 33rd in the world according to the R&A rankings.

“He had played that way all week and this morning he was no different. I just kept to my plan and was able to pull the win off. This is massive and something that you always want to achieve, to win your national title.”

Smith played classic match play golf well beyond his 19 years, akin to a season journeyman plotting their way carefully around this wonderful layout and waiting for the opportunity to strike.

When Smith did strike, it was to prove fatal and Drakeford was obviously rattled by what had unfolded.

Smith had snatched victory from the jaws of defeat.

Full credit to the Queenslander as Smith showed ticker and dog liked determination in winning his first national title.

A worthy Australian Amateur champion was produced in one of the finest amateur contest we’ve ever seen.