Henrik Stenson won for the third time in his career on the PGA Tour, securing the Deutsche Bank Championship on Monday in the second event of the US PGA Tour playoffs.

He shot a final-round 66 to finish at 22-under, tying the tournament scoring record at TPC Boston. 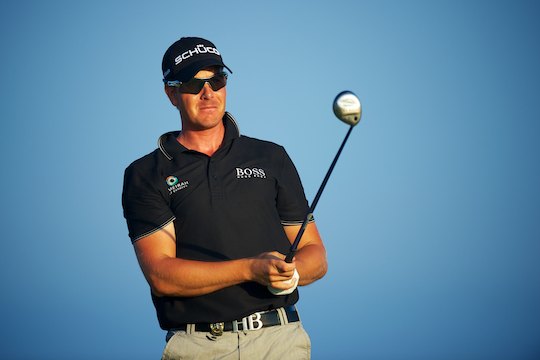 The victory also moves Stenson to No. 1 in the FedExCup standings – taking over the top spot from Tiger Woods, who finished 65th.

The win is Stenson’s first on the PGA Tour since his 2009 Players Championship victory and tops off a strong run of good form for the Swede over the past month.

He finished second at The Open Championship and followed up with another runner-up two weeks later at the World Golf Championships-Bridgestone Invitational.

A week later, Stenson finished third at the PGA Championship at Rochester.

“This was a big goal of mine to win a golf tournament after all those nice finishes. My family is here. I’m going to see my kids in a little bit. It’s all good.”

Garcia had a two-shot lead at the start of the final round and gave it away quickly, starting with a three-putt for bogey on the par-5 second hole. He missed several short putts and went out in 39, falling too far back to make any impression.

World number one Tiger Woods finished tied for 65th on 4-under par.

“It wasn’t my week,” said Woods, who broke par just once over the last four days. “I didn’t play well and didn’t make anything.”

Woods, as with all players still in the hunt for the playoffs, will now get a week off before going to the BMW Championship starting September 12 at Lake Forest where Rory McIlroy is the defending champion.

Jason Day was the best of the Australians finishing in a tie for 13th at 14-under, a stroke better than Marc Leishman, who closed in a tie for 16th.

Day moved up from 16th to 12th in the FedExCup standings heading to the BMW Championship.

Starting the week at 76th on the points list, Leishman jumped to 58th to ensure at least one more tournament.

Adam Scott finished at 6-under and in a tie for 53rd, with Stuart Appleby rounding out the Aussies to make the weekend, finishing at 4-under.

Scott is currently number three in the FedExCup standings.

Matt Jones missed the cut but will still head to the third playoff tournament in 51st position.

Stuart Appleby and Greg Chalmers, who missed the cut, were unable to get the results they needed to survive and are out of the playoff race, ending their 2013 seasons in the US.