Shaping up to be the strongest line-up on the European Tour’s Middle East swing, the first two winners of the Saudi International, Johnson and McDowell are joined at Royal Greens Golf & Country Club by fellow Major Champion and man of the moment Bryson DeChambeau. 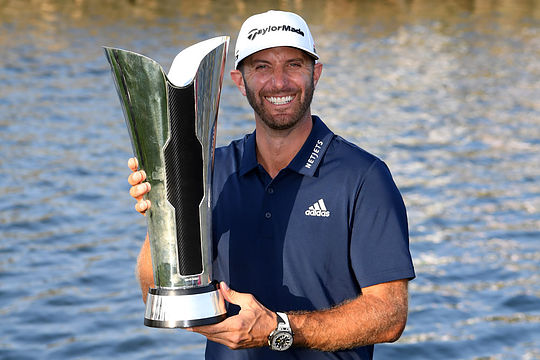 As the latest Major winner, 2020 US Open Champion DeChambeau has got the whole golf world talking as he emerged from lockdown with a transformed physique, some 20 pounds of muscle heavier than when he last visited the Kingdom in 2019.

He claimed his first Major in style at Winged Foot last month, finishing a resounding six shots clear of the field and was the only player under par.

While his power and length have been the talk of the town, his short game and putting form were perhaps even more impressive as he won his second title of the year, rising to fifth on the Official World Golf Rankings.

A seven-time winner on the PGA Tour, DeChambeau is returning to Saudi Arabia having played in the inaugural tournament in 2019.

“I have undergone a lot of changes since I last visited the Kingdom as I work to fulfil my golf potential…I finished a credible T6 in 2019 and I obviously hope to finish a little better this year.”

World Number 1, Johnson, who followed up his 2019 victory by finishing second behind McDowell earlier this year, commented:

“I am really looking forward to returning to Saudi Arabia for a third consecutive year. I’ve really enjoyed both of my visits and love the golf course, as evidenced by my win and runner-up finish.”