Stephen Dodd has pipped Spain’s Miguel Ángel Jiménez at the post, firing a final round 2-under 68 to finish one shot clear of the Spaniard to claim The Senior Open at England’s Sunningdale Golf Club.

The 55-year-old sat in a share of the lead heading down the 18th hole before a superb approach shot left him with a short birdie chance which he was able to put away for a one-shot win over 2018 Senior Open champion, Jiménez. 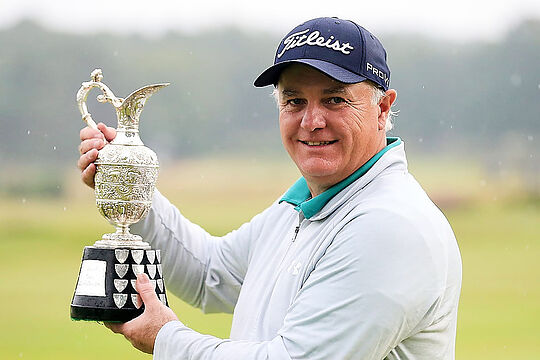 “I’m not sure it’s sunk in yet,” said Dodd. “It’s been quite a tough day… I wasn’t playing great. So I’m sure on the drive home I’m reflect on it all and I’ll be a very happy person when I get back home later tonight.”

“This could be the only chance I get to win, so tried my best to hole it. Thankfully for me it went in, so it was a nice way to finish for me.”

Peter Fowler lead the way for the Australians finishing in a share of 28th place at 1-over with David McKenzie another six shots back at 7-over and equal 53rd.

Robert Allenby got off to a solid start in his first Legends Tour event with an opening round of 67 before things went south from there with rounds of 75, 76 and 71 leaving him at 9-over and 64th.