Andrew Dodt has bounced back from a shoulder injury at last week’s VIC PGA to fire a 7-under 63 at the Gippsland Super 6 in Warragul.

The 35-year-old withdrew after two rounds at Moonah Links but was able to get his body back into shape during the week. 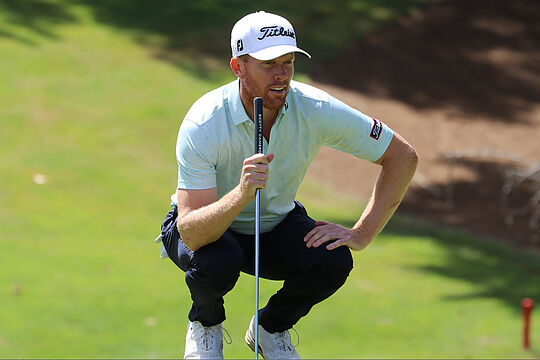 “I wasn’t sure whether I was going to tee it up this time yesterday. I hurt my shoulder last week at the Vic PGA and I kind of got through the last couple of days with a bit of physio and stretching,” said Dodt.

“I decided yesterday afternoon that it felt pretty good and I’d give it a go. Seven-under it’s a little bit unexpected.”

Queenslanders Michael Sim and Lawry Flynn were equally impressive carding 6-under 64 a piece to share second place and sit one shot off the pace. Both players’s rounds including two bogeys and eight birdies.

Tighe was unlucky not to go lower, with bogeys at the 16th and 18th holes robbing him of the outright lead.

Second-placed Flynn along with Ben Ford and Darren Bowman will kick-start proceedings from 7:20am local time.