Andrew Dodt has set the early pace on day one of the Fiji International.

The two-time European Tour winner played the back nine in 4-under to sit a shot ahead of countrymen Nick Cullen, Jarryd Felton, Matthew Griffin and Lucas Herbert, South Korean Yikeun Chang and local favourite Sam Lee. 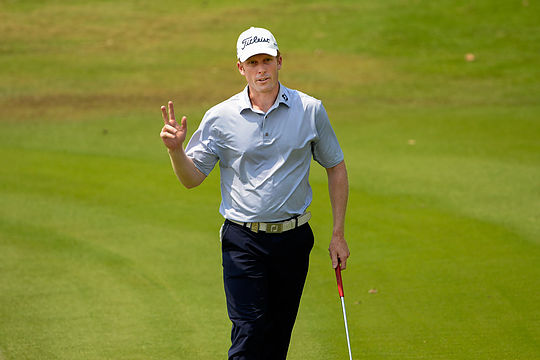 Dodt finished a career-best 44th on the Race to Dubai Rankings presented by Rolex last season and four birdies in his first nine holes at Natadola Golf Club presented a good start in his search for his first win since 2015.

Herbert already has three top tens on the European Tour this season and he had a roller coaster of a first ten holes, making eagles on the par five 17th and first to go with a double-bogey on the 12th, birdies on the 11th and 14th, and an opening dropped shot.

Lee also eagled the 17th to go with three birdies and two bogeys, while Cullen had four birdies and a bogey in his first nine.

Griffin made a hat-trick of gains from the 17th, while Chang and Felton were also bogey-free.

Another Australian in Andrew Martin was then at two under, a shot clear of a large group including four-time Major Championship winner Ernie Els.