World number three, Luke Donald, claimed a third title on three different continents in season 2012, extending his four stroke overnight lead into a five stroke victory, with a final round three under 68 at the Dunlop Phoenix tournament in Japan on Sunday.

The former world number one was never headed throughout the tournament after opening with rounds of 65–64 and cruised to his first victory in Japan over 20-year-old Hideki Matsuyama, who shot 4 under 67 in the final round. 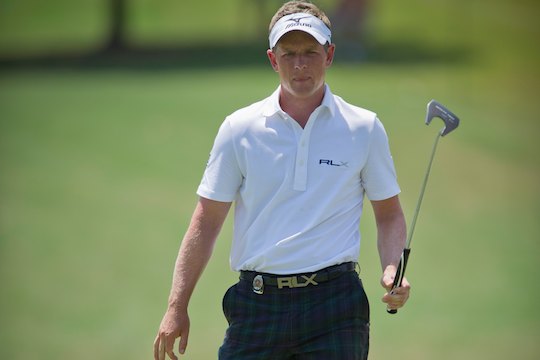 Donald had won the PGA Tour’s Transitions Championship and the BMW Championship on the European Tour earlier this year and continued his recent good form from at The Tour Championship (T3rd), Ryder Cup and BMW Masters (3rd) in China.

The win was Donald’s 14th as a professional and his 8th in the past two seasons.

Australia’s Brendan Jones was in contention after three rounds but could not make up ground after closing with an even par 71 to tie for 4th with the Japan Golf Tour’s leading money winner, Hiroyuki Fuijita at 9 under par.