Luke Donald has withdrawn from the HSBC Champions this coming week in Shanghai to be with his wife for the birth of their second child.

Donald is on course to finish the year as world number one and has an opportunity to make history as the first player to top the money lists in both the United States and Europe in the same season. 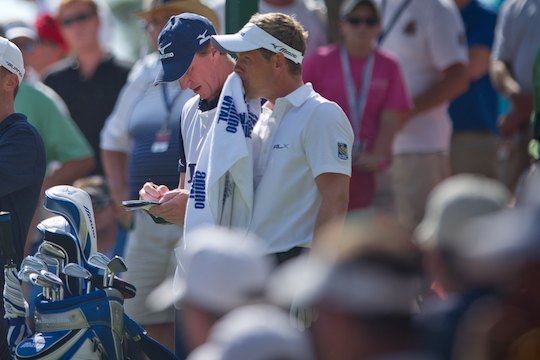 “Making history in the sport is very important to me, but the roles of husband and father are the most important in the world to me and being there for my wife and family is where I have to be,” said Donald.

“My goal has been to try and top the money list on the PGA Tour and the European Tour and I still hope to accomplish that.”

Donald is also scheduled to play the JBWere Masters in Melbourne starting 15 December and promotors need the current world number one to add to the three top-50 world ranked players promised for the field.

Donald’s playing schedule currently has the Englishman competing at Sun City and in the European season-ender in Dubai, the week before he’s due to fly into Melbourne.