Doors open for Aussies as Order Of Merit finalised

Final positions on the 2016 PGA TOUR of Australasia Order of Merit have been confirmed with Victoria’s Matthew Griffin taking out the No. 1 spot, with earnings of A$239,445 from eight events.

Griffin won the New Zealand Open earlier in the season and has held a position at or near the top spot all year. He held on to the top spot despite finishing down the field in the PGA with New Zealand’s Michael Hendry finishing second despite missing the cut at Royal Pines. 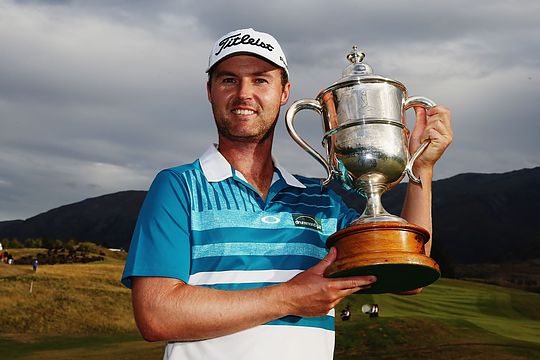 Courtesy of his whirlwind finish with a joint runner-up place at the Australian Open and 4th place at the PGA, Victorian Ashley Hall has vaulted into third position and along with Griffin and Hendry, will reap the benefits of a sequence of exemptions into big money events in 2017.

Those include starts in at least two World Golf Championship events in Florida and China, which are no cut events with guaranteed big paydays.

Andrew Dodt finished fourth in the Order of Merit after his runner-up finish to Harold Varner III at the PGA Championship but had the results been reversed, the winner’s cheque would have seen Dodt top the Order of Merit.

Whether this was one of the many permutations running through his mind as he battled Varner down the stretch, we’ll never know. Regardless, as a European Tour member, he will take solace from the fact that he has his 2017 campaign off to a very strong start.